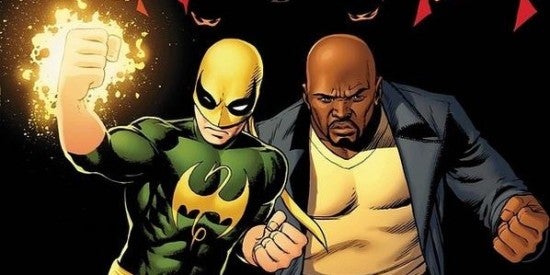 When Marvel Studios and Netflix come together to create a whole new corner of the Marvel Cinematic Universe in the form of not one but five Defenders-branded TV series starring Luke Cage, Daredevil, Jessica Jones and Iron Fist, there will be a lot of people watching to see if the whole experiment crashes and burns or whether it turns out to be one of the biggest TV events in recent memory. One of the things we consider key to the success of the experiment is giving each of the shows a unique voice so that, like Marvel's Avengers movies, the shows stand on their own before they meet for the big team-up. So, what do we think will help Iron Fist get there? 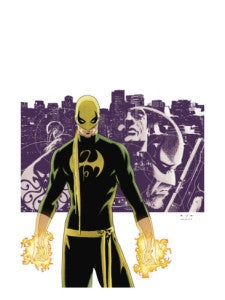 A sense of history and legacy One of the things that is gone from comics these days, with DC having done away with most of the second-generation heroes and Marvel having never been very comfortable with aging their characters, is a sense of continuity. I'm not talking about continuity as in, "You need to know what happened in the previous storyline in order for this one to make sense." I'm talking about the kind of legacy heroes that made James Robinson's Starman, Geoff Johns's Justice Society and Mark Waid's Flash a delight to read. The Iron Fist legacy has a lot of history behind it, and it would be nice to see some of that. Treat this like it's a martial arts film first, and a superhero show once he's been established and the fans are hooked in with the character and his mythology. This one might be a long shot since, honestly, it sounds a lot like the mission statement that Zack Snyder put out there for Man of Steel, seeing it as a "first contact" story before it evolves into superheroics--but if they can swing it, this would enrich the character give him a sense of history that will be useful because as it stands now, the Marvel Cinematic Universe seems to be an awful lot of things happening in response to the emergence of superheroes. Suggesting that this stuff has been going on quietly, in the background, for decades or centuries? That could make Iron Fist one of the most interesting and unique characters Marvel has offered up yet. Kick-ass action sequences 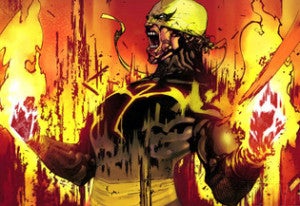 Iron First only really works if the action and fight choreography is top notch. The nice thing is, he doesn't have much in the way of "expensive" powers and abilities, and the premise that they'll be shooting all of these shows in the same neighborhood in New York means production costs should be amortized across the five seasons. That ought to help give each series one of two areas to really splurge and, in the case of Iron Fist, that sure as heck ought to be the martial arts. You want to make it look not only cool, but authentic, too. The last thing you want is to go into this thing saying that your character is one of the world's great kung-fu masters and then to have any karate instructor in the suburbs able to pick apart all the things he's doing wrong. That would be like making a show about S.H.I.E.L.D. and having Jim Steranko trash it on the Internet. Oh, wait...! Resist the urge to change his race 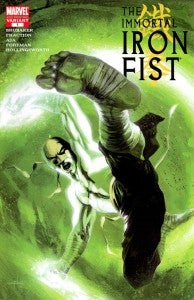 With Jessica Jones and Luke Cage, Marvel will finally have addressed concerns about a lack of women and nonwhite superheroes in their lineup. Will it be tempting to make their world-famous and supremely talented martial artist into someone of Asian descent? Newsarama seems to think so. Like them, though, we hope they don't. Not only would it be nice to see the classic Luke Cage and Iron Fist sharing the screen before they did anything too daring with it, but changing a character like Iron Fist into a person of color just to fit preconceptions about martial artists is actually a bit on the quietly, subtlely racist side in and of itself. It should be noted that this is one of those special cases; we actually don't particularly object to changing a character's race if the best actor gets the gig as a result. Still, in this particular instance it would be nice to see them not make a change that has the opposite of its intended effect...! Luke Cage Oh, yeah--and we want to see him join up with Luke Cage, possibly as Heroes for Hire, but certainly in a partnership capacity, before we ever see the full team come together. These two characters have a long and exciting history together, and it shouldn't be lost entirely in the rush to throw everyone into a team at once. Of course, Captain America: The Winter Soldier will keep the Cap/Falcon partnership intact so, assuming that dynamic works well onscreen and resonates with fans, Marvel will probably be looking for more obvious candidates to do that with anyway. The Title Yeah, we're still rooting for The Immortal Iron Fist. And keeping some of the Fraction/Brubaker stuff from the comics wouldn't hurt either.