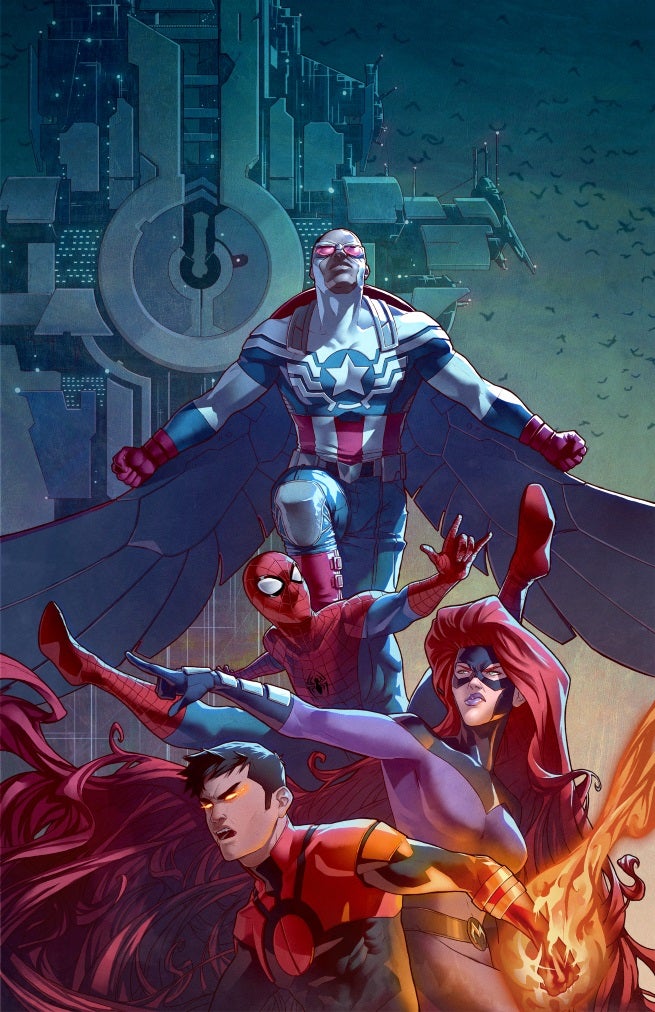 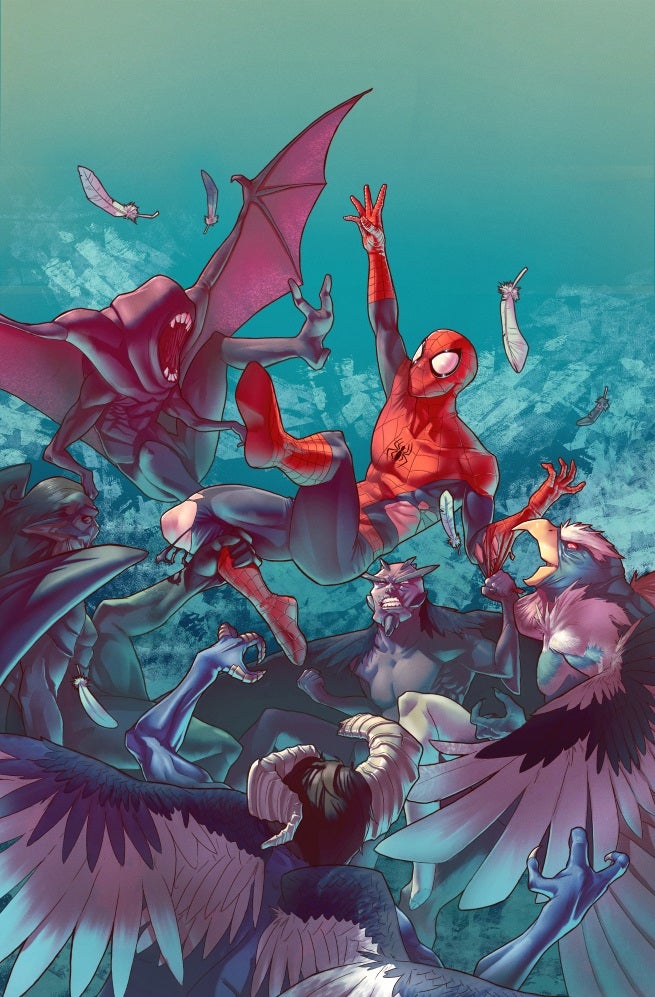 "I truly feel lucky. It's not often you get to write something you've always wanted to write," Loveness says. "It's a 4-year-old's dream to write Spider-Man. I actually get to do it. I cannot complain about anything for the rest of my life."

The story begins when Queen Medusa of the Inhumans calls upon Sam Wilson, the All-New Captain America, to aid her in defending New Attilan from attacking monsters.

Loveness has written for Marvel in the past, most recently Death of Wolverine: Life after Logan #1, but this crossover is easily the biggest Marvel Story he's taken on so far. 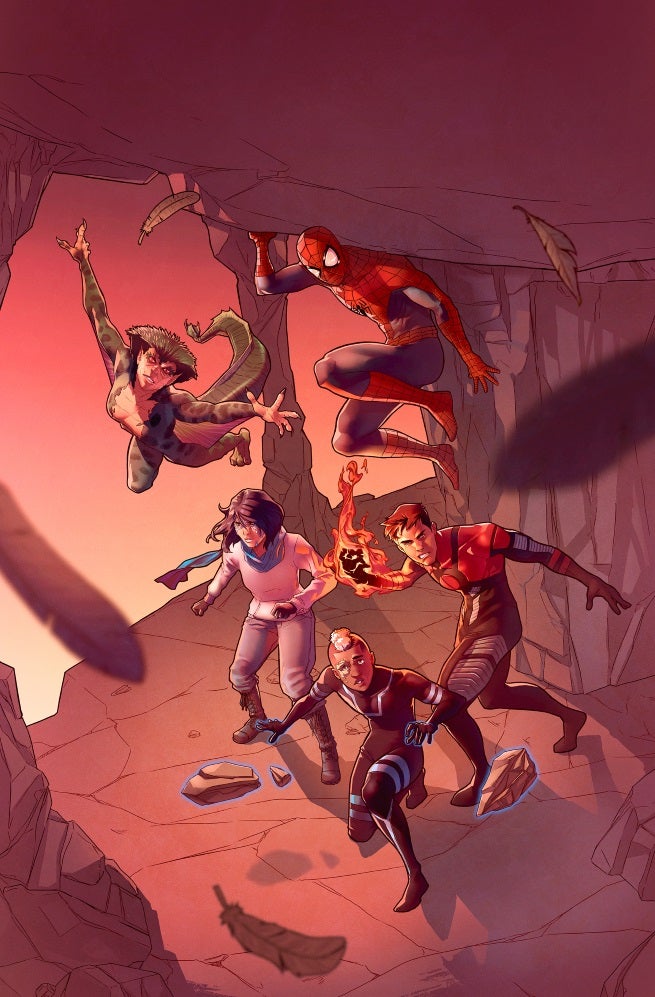 "I feel very lucky, because we are catching these characters all at interesting points in their tenure," he says. "There's this new Captain America, who is more than up for the job, but at the same time, there's a huge amount of pressure to live up to the icon that proceeded him. There is always going to be this thought in the back of his head, not to mess up ... The Inhumans, especially now that the movie is coming out in 2018, they have always been around, but almost like supporting characters to the Fantastic Four. It's really cool to see them come into their own."

"The Inhumans aren't used to asking for help," Loveness continues. "Then Spider-Man, he's Spider-Man. He is the greatest Marvel character of all-time. I try to write him as your best friend, because in many ways, if you are growing up and reading Spider-Man, you have this deep personal connection to him ... you very much read him through your own voice. It's been my favorite part so far, to jump into Peter's voice."