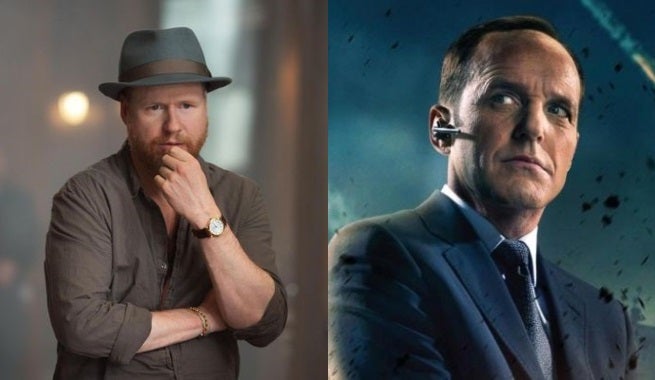 Many fans of Joss Whedon's first Avengers movie will tell you that one of the film's most powerful scenes was the death of Agent Phil Coulson, played by Clark Gregg. The very likable glue that held the Marvel Cinematic Universe together met his end when Loki unceremoniously stabbed him with the sharp end of a scepter.

But then he got better. Marvel decided to launch Agents of S.H.I.E.L.D. of ABC, and they needed Gregg to reprise his role from the films to be the series lead.

Whedon opened up to Mental Floss about the weight of death of in the Marvel universe, and specifically laments Coulson's return from the grave.

A lot of people come back in The Winter Soldier. It's a grand Marvel tradition. Bucky was supposed to die. And the Coulson thing was, I think, a little anomalous just because that really came from the television division, which is sort of considered to be its own subsection of the Marvel universe. As far as the fiction of the movies, Coulson is dead.

But I have to say, watching the first one with my kids—I had not watched the first one since it came out—and then watching it with my kids and watching Coulson die but [thinking], "Yeah, but I know that he kind of isn't," it did take some of the punch out of it for me. Of course, I spent a lot of time making sure he didn't. And at the time it seemed inoffensive, as long as it wasn't referenced in the second movie, which it isn't.

There's a thing where you can do that so many times and there's nothing at stake. But it's difficult because you're living in franchise world—not just Marvel, but in most big films—where you can't kill anyone, or anybody significant. And now I find myself with a huge crew of people and, although I'm not as bloodthirsty as some people like to pretend, I think it's disingenuous to say we're going to fight this great battle, but there's not going to be any loss. So my feeling in these situations with Marvel is that if somebody has to be placed on the altar and sacrificed, I'll let you guys decide if they stay there.

There's another "great battle" brewing in Avengers: Age of Ultron, as well as rumors that a major character dies. We'll see if this death sticks any better than the one from the first movie.

Joss Whedon Was Bummed Out Coulson Came Back From the Dead