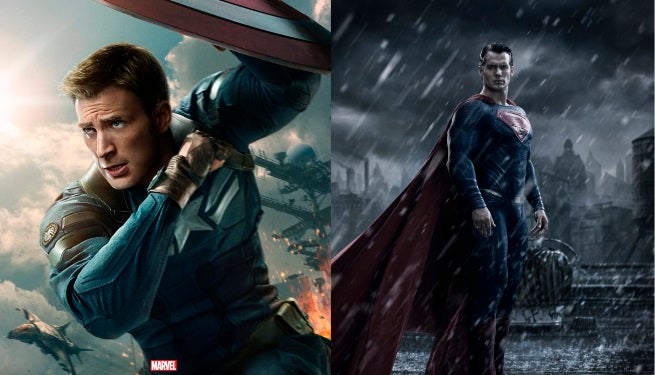 When asked, by Empire Magazine, how he felt about Warner Bros. and DC Entertainment "getting their act together" and going toe-to-toe with Marvel over the May 6, 2016 release date, Feige had this to say:

I don't think it is quite far to say DC is finally getting their act together. The Dark Knight movies were rather successful and genre-defining, they altered the genre in big ways. So I think there has always been competition that way. I mean Iron Man was the number one movie of 2008 until The Dark Knight came along, and I loved it, frankly. I love that the number 1 and the number 2 movies of that year, and it has happened a number of times since then, being comic-book movies, even if it wasn't one we made. Here we are now, 14 years since the first Marvel movie I worked on. At that point it had been eight years and for about those eight years people had been asking 'How much longer is this gonna last?' 'When are people gonna get tired of these movies? And my answer always was 'People only get tired if a whole slew of terrible ones come out'. And it was our job to make sure that doesn't happen. If there are other people out there interested in that not happening as well, I'm all for it!

So I continue to be all for quality entertainment for moviegoers to enjoy on weekends. If it is on the same weekend I enjoy it slightly less. But we are doing what we've always done, which is sticking to our plan and sticking to our vision for the movies going forward and we have a very large vision that we're working on for Cap 3 and for all the "threes" movies and just because another movie plops down onto one of ours doesn't mean we are going to alter that. Maybe we should, but we're not going to.

Feige's statement underlines a core concept that many superhero fans partial to one of the Big Two's universes and cast of characters over the other often seem to miss, that Warner Bros. and Disney aren't really in competition with each. The genre succeeds or fails together. A good Batman movie means that people or more likely to go see the next Iron Man movie, and vice versa, while, as Feige says, a run of bad superhero films, regardless of who produces them, could sour audiences on the genre as a whole.

Some higher ups at Disney have mentioned that the company was at least considering what moving the date could mean, but Feige continue to hold a hard line on the matter.

Captain America 3 and Batman v. Superman: Dawn of Justice are both scheduled to open May 6, 2016.