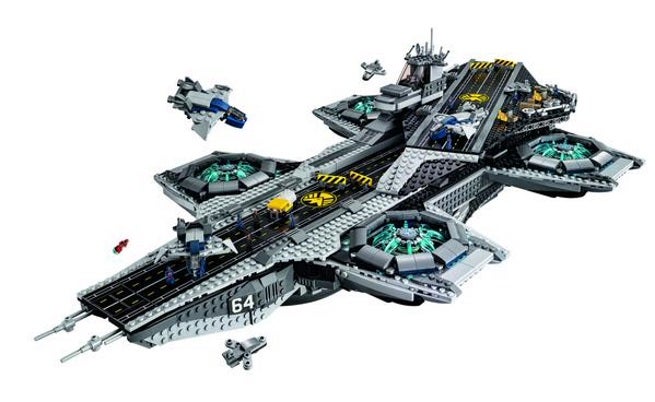 LEGO has recreated some of the biggest and coolest structures from films and pop culture, from Star Wars' Death Star to Middle-earth's Orthanc, and now they're taking on another.

The LEGO Group has announced the "LEGO Marvel Super Heroes – The S.H.I.E.L.D. Helicarrier" playset, allowing builders to recreate the massive floating headquarters of the Marvel Universe's premiere espionage agency. While the Helicarrier has gone through many iterations and design changes since its debut in 1965, this LEGO design will specifically recreate the helicarrier seen in Marvel's The Avengers and Captain America: The Winter Soldier films. 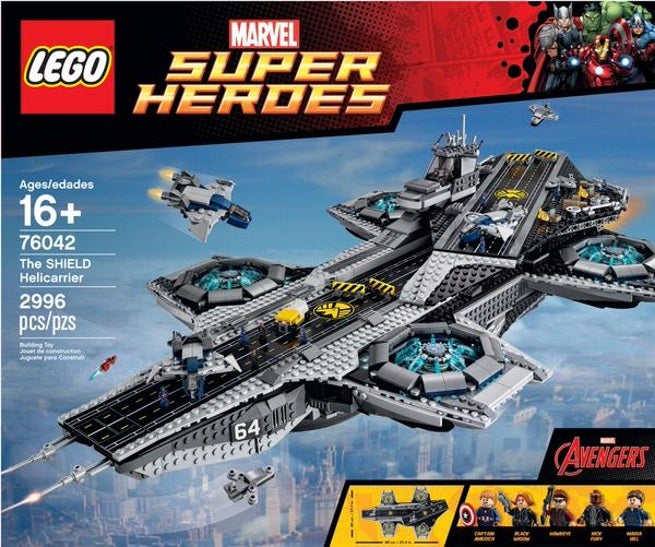 The set comes with minifigures of Captain America, Hawkeye, Nick Fury, Black Widow, and Maria Hill (making her LEGO miniifgure debut). The includes the bricks needed to even build the interior bridge of the helicarrier, complete with monitor screens, and extra-small figures of Captain America, Hawkeye, Nick Fury, Iron Man, and eight S.H.I.E.L.D. agents to populate it, plus a mini-Quinjet and more.

Check out the video below, where one of the LEGO designers goes into more detail about the project.

Now if one of those mini-monitors also plays Galaga that would be really impressive.

"The LEGO Marvel Super Heroes – The S.H.I.E.L.D. Helicarrier" playset will be released in March.