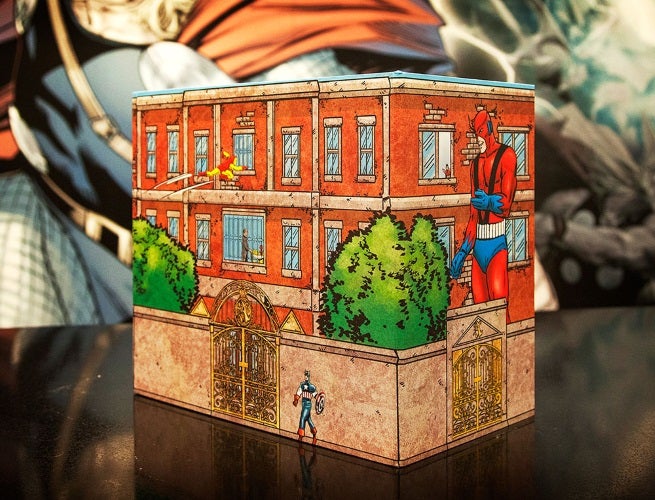 Marvel Comics have confirmed for ComicBook.com that their Marvel Famous Firsts: 75th Anniversary slipcase set has sold out at the distributor level.

The anniversary special will apparently be sent back to print, but the next edition will likely ship without the signed poster included in the book's current version.

"We never anticipated the demand would be so extreme for this but I think once a few people got ahold of the set they were blown away but the design and contents and then just spread the word," said Marvel SVP of Sales and Marketing David Gabriel.

If the second edition comes -- we should know soon, as Marvel is weighing just what to do -- it will likely be in stores in December.

"This is one of the most epic collections Marvel has ever compiled. Not only do these Masterworks retell the origins of Marvel's iconic heroes, but they are collected and presented in a gorgeous slipcase built to resemble the historic Avengers Mansion," said Gabriel when the project was announced.

Each of the volumes in the limited-edition boxed set features a a new cover design with interlocking spine artwork, and the slipcase itself is made to resemble Avengers Mansion.