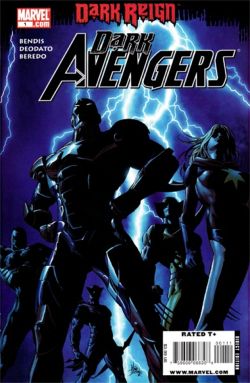 could be poised to welcome an unintended gift from chief rival Marvel Comics very soon. Marvel's recent announcement that some of their comic series, namely Dark Avengers, Hulk, Spider-Woman and New Avengers, will be going to a monthly $3.99 price point has sent waves of worry and head-scratching among fans, retailers and even casual readers who were content to pick up a $3.00 comic now and then.

While there are no foreseeable page increases for these books beyond their standard 32, Marvel's gamble is a big risk, especially now in these rocky economic times. Although the move is perhaps a needed one with cuts and increasing costs on materials and, perhaps, labor, it couldn't come at a worse time with many major newspaper articles showing collectors cutting back on some books and series they read casually. 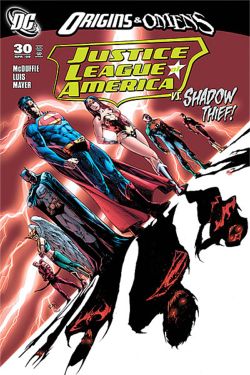 1. No price increases at all, for at least eight months. This could be a good time to attract readers who have dropped Marvel titles they would have casually read at $2.99, but that they just can't justify at $3.99. Also, this could help DC lure those readers to some of their newer stories and features, such as Batwoman in Detective Comics or the "Origins and Omens" arc that's in motion.

2. Issue more promotional comics such as "DC Universe" from last year. By picking up a .50 or $1.00 book from DC instead of Dark Avengers #3, comic readers are able to stretch their dollars a bit further and DC can promote a developing series or idea at not too much risk. It also shows a commitment to comics customers as many of their readers seek to keep their hobby while making tough choices at home.

3. Keep 'event' books this summer between $2.99 and $3.25. DC gets to undercut Marvel perhaps in this angle, while not short-changing their customers on page length and storyline. This may be unrealistic, as event books and major limited series have always been about a dollar more than 'standard' books, but it would certainly generate some good buzz for DC if they took this option.

2. Increase the amount of pages for $3.99 issues. Again, perhaps not what Marvel plans on doing, but there has to be a reason, in the mind of a frequent buyer, to pay a dollar more for a book that they were paying less for just two months ago. If Marvel does this and keeps it to just the books mentioned before, coupled with amazing writing and art, it won't do anything to alienate or deter readers of those series.

3. Ensure more than average quality and timeliness. One of the biggest hampers for Marvel has been timeliness of issues (Ultimate Hulk vs. Wolverine? Anyone?) Several of their series have fallen victim to delays, and with an increased price of a dollar, any long delay for a new series, especially Dark Avengers and Spider-Woman would be fatal. Marvel has to commit to its customers that it's not going to waste time and money if customers are willing to pony up the extra dollar.

It's possible that everything proposed here is absolute craziness, but what sort of situation are we now in? Most people think DC will quickly follow suit with a price increase, but perhaps the pros and cons of such a thing can be weighed before that decision is made. Comic book readers are not na ve. They all know that prices for books go up eventually, but Marvel's, at this time to be fair, 'error' may be too large a jump. With jobs and necessities on the forefront of people's minds, Marvel would do well to tread more like the Wasp and less like Giant-Man where financial demands on their customers are concerned.