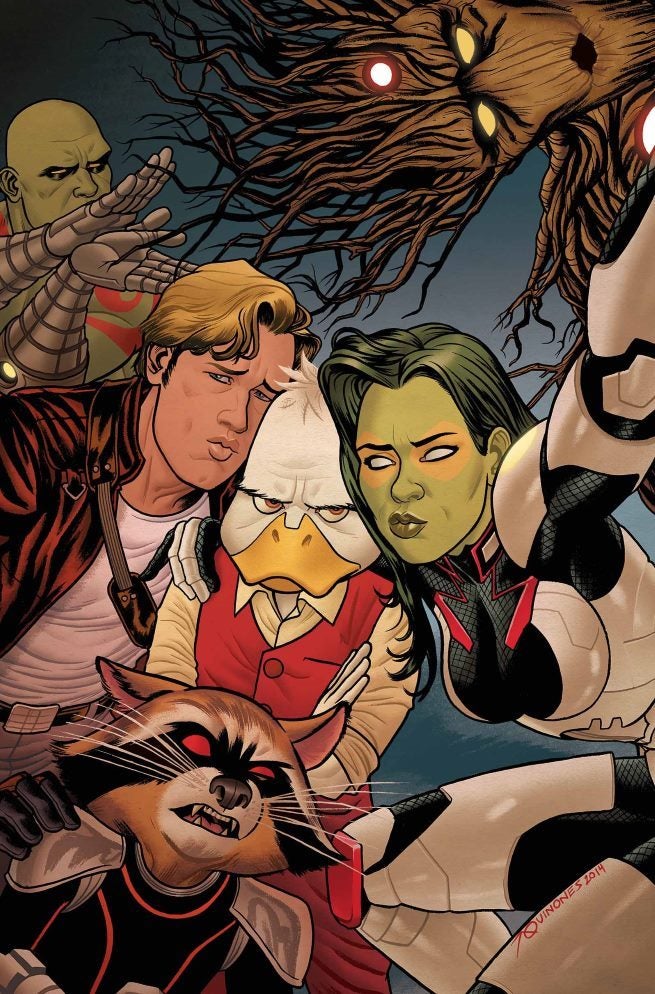 The April 2015 Marvel solicitation for Howard the Duck #2 suggests the issue will be a spiritual successor to the after-the-credits scene from last year's Guardians of the Galaxy movie.

The issue has Howard encountering the Collector, who was discovered to have Howard in captivity in the Guardians post-credits scene. However, in Howard the Duck #2, Rocket Raccoon is also being held captive by the Collector.

Keep in mind that writer Chip Zdarsky is known for his sense of humor, so anything pertaining to his Howard the Duck series is likely meant to be taken in a tongue-in-cheek sense. In the next line of the solicitation, for example, they make the assumption that Stan Lee will be reading the issue.

Howard the Duck #2, by Zdarsky and artist Joe Quinones, ships in April.

• Howard's first big case has taken him across the universe and landed him in the clutches of THE COLLECTOR! • But he's not alone as the very popular ROCKET RACOON is a prisoner as well! Have you ever seen a comic book sequel to a post-credits scene in a movie?