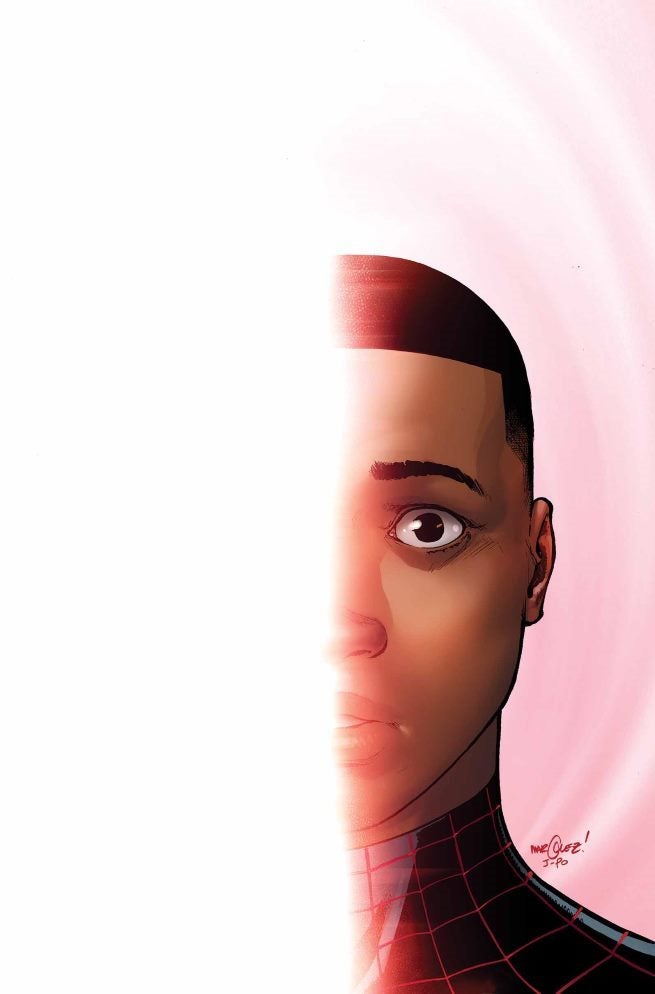 Marvel Comics is teasing the end of Miles Morales: Ultimate Spider-Man with issue #12 in April.

The solicitation for the issue, which is written by Brian Michael Bendis and drawn by David Marquez, calls it "The Epic Conclusion," with the question "Is this the end?" as the only further description.

This isn't all that surprising when you consider the Ultimate Universe: The End #1 teaser released by Marvel as part of the Secret Wars hype. Of course, both the Ultimate Spider-Man series, and the Ultimate Universe itself, have ended before, only to rise from the ashes in a new form, so we'll see how this all goes down.

It's often been speculated that, even if Marvel does decide to permanent end its Ultimate line, the company would still find a way to save Morales, since he is the most popular and well-received creation to be introduced in the Ultimate Universe. So even if this is the end of the Ultimate Universe and the Ultimate Spider-Man comic book, there's a chance that Miles' adventures could continue elsewhere, or in another form.

Coincidently, the cover to Miles Morales: Ultimate Spider-Man #12 bears a resemblance to the "universe ending" effect employed by Chip Kidd in his variant covers for DC Comics' Convergence event.