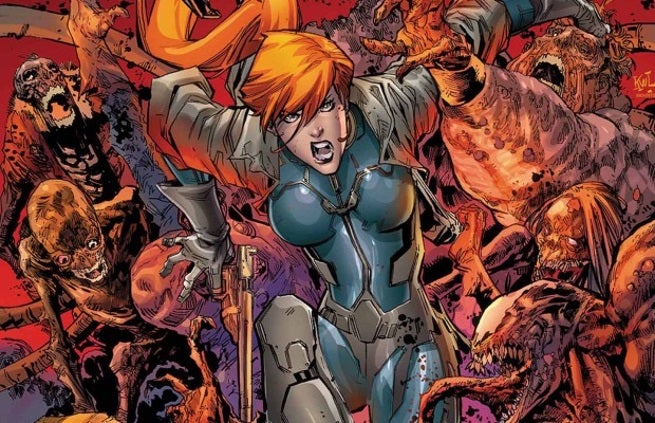 The series will start Elsa Bloodstone, the Marvel Universe's resident monster slayer. Elsa's been tasked with defending "the Shield, the wall in the south of Battleworld that keeps that zombies from overrunning the hodgepodge planet. Things get complicated when she spots a living human boy on the other side of the Shield and decides to attempt a rescue.

While Marvel Zombies has proven a popular concept in the past, Spurrier tells Bloody Disgusting that readers can expect something different from his Secret Wars story.

"We've flipped things over a lot, here," he says. "All the agency and all the proactivity lies with our heroine. Thematically the zombies aren't stand-in analogues for the usual societal fears of lone predators or uncontrollable mobs; rather they represent an ambient sea of obstacles. This isn't a good world which has been invaded by a corruptive element; it's an irredeemable, unsalvageable land of pure corruption from which Elsa must try to escape. The zombies are the anvil against which her character is beaten, rather than the object of most interest."