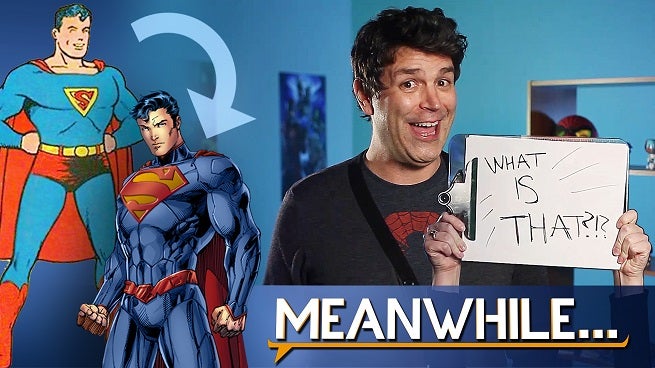 Our pals over at the Meanwhile... webseries have started out the New Year with an entry-level look at one of the most confusing elements in comics to non-fans: the concept of continuity, continuity-altering event stories and reboots.

While making it, though, they also finally cut the first trailer for the series, which you can see directly below.

...And, below, you can find this week's episode, which deals with Crisis on Infinite Earths, Infinity, Flashpoint and talks about upcoming events like Convergence and Secret Wars.

Jumping into reading comics can be intimidating. That's where Meanwhile... comes in! But part of the reason it's so intimidating is because of the massive amount of writing behind each character. In this episode, Nathan makes sense of continuity and shows how DC Comics and Marvel have used reboots to make reading comics a whole lot easier.