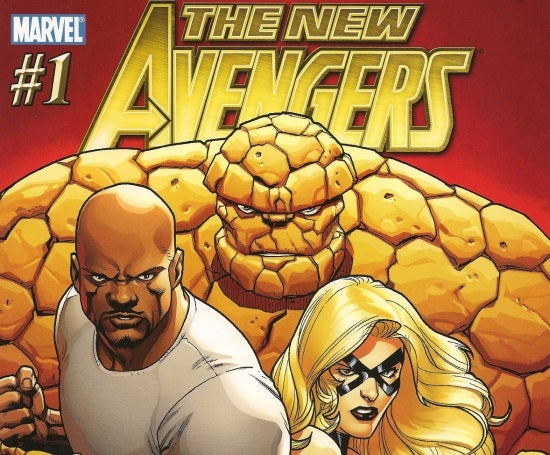 Website Unleash the Fanboy is reporting that Marvel Studios plans to lead Phase 4 with a New Avengers movie. A source at Disney told the website:

"It's so incredibly early in the process, but unless Robert [Downey Jr.] makes an insane deal with these guys, they're going with New Avengers."

The move would come in response to Robert Downey, Jr.'s likely departure from the role of Tony Stark. Downey is signed on to appear in Avengers: Age of Ultron and Avengers 3, but hasn't been confirmed for any other Iron Man or Avengers films. When Avengers 3 reaches theaters, Downey has admitted that he may be getting too old for the workload that comes with being part of a Marvel franchise, not to mention the sizable amount of money Marvel is shelling out to keep him on board that they could spend elsewhere. For comic book fans, New Avengers likely triggers thoughts of the Avengers team that formed after the events of Avengers Disassembled, in which Wolverine and Spider-Man joined the team. Given that Fox and Sony, respectively, still have movie rights to those characters, it seems unlikely that they'll join the film. The source at Disney did hint at what a cinematic New Avengers might mean:

"Well, you've heard the recent casting announcements. They've got a ton of great guys. Paul Rudd. Michael Douglas. Aaron Taylor-Johnson. Whoever they choose for Doctor Strange and the other new guys in Phase 3. They've got a lot of great guys to lead the new phase of the team. But that's all I say.  It's really early."

Phase 4 is still a long way off, with Phase 2 still ongoing and Phase 3 yet to begin, but a soft reboot of the franchise might be a smart idea if series stalwarts plan on leaving. Avengers: Age of Ultron is scheduled for theatrical release May 1, 2015.