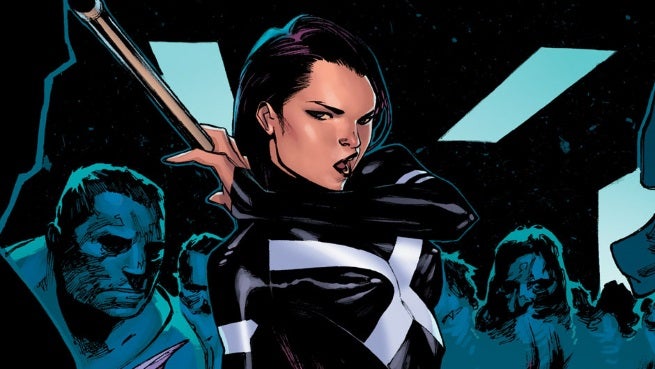 While the news that Lana Condor has been cast as Jubilee in X-Men: Apocalypse already has X-Men fans excited, it seems like there's more to come. On the latest episode of video cast Popcorn Talk, industry reporter Jeff Sneider revealed that Fox is looking to cast Betsy Braddock, a.k.a. Psylocke, and that she'll likely be the next casting announcement to come from director Bryan Singer.

Writer Simon Kinberg said previously that Psylocke was considered for inclusion in X-Men: Days of Future Past, and called her a "fan favorite" character.

Psylocke has one of X-Men's more convoluted back stories, starting off as a British psychic and ending up as a Japanese ninja. She was a member of the X-Men's Blue Team in the 1990s, arguable the most popular lineup of the team, but was left off of the roster when it was used for X-Men: The Animated Series, replaced by Storm and Jean Grey instead.

X-Men: Apocalypse is schedule for theatrical release on May 27, 2016.

Psylocke Being Cast In X-Men: Apocalypse