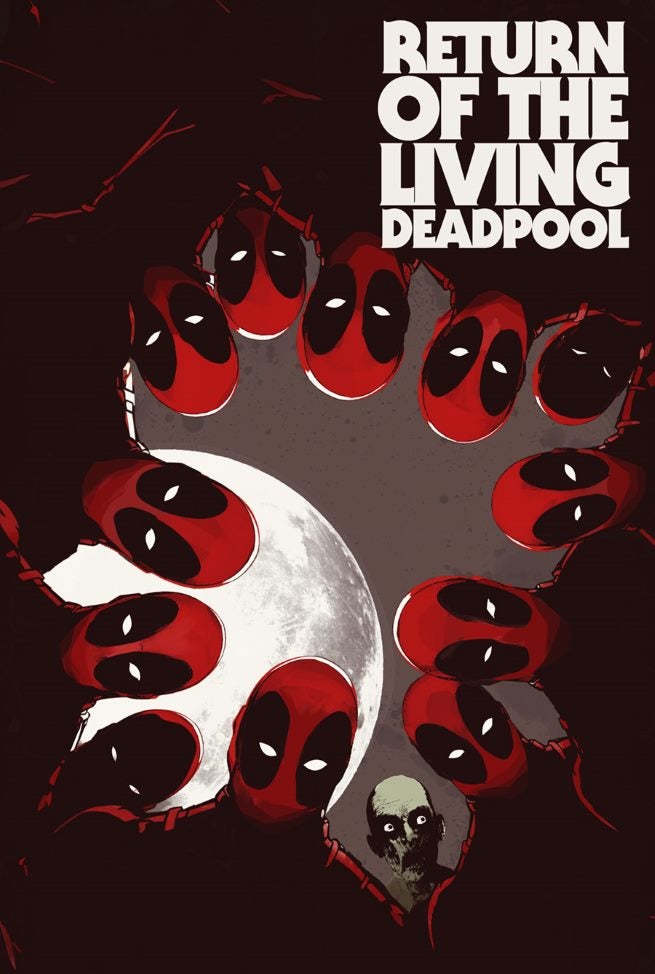 In order to stop the zombie apocalypse, Deadpool allowed the zombies to ingest his healing factor. Now, he's replaced the hordes of hungry zombies with hordes of angry Deadpools. Not much of an improvement.

"So there are thousands of Deadpools, all of them originating from the one and only Wade Wilson," says Bunn in an interview with Marvel.com. "Every time a zombie takes a bite of one of these Deadpools, the zombie becomes Deadpool. You know how Deadpool has numerous personalities? Well, these newly created Deadpools start to latch on to different aspects of Deadpools split psyche, forming factions. And these factions don't get along!" 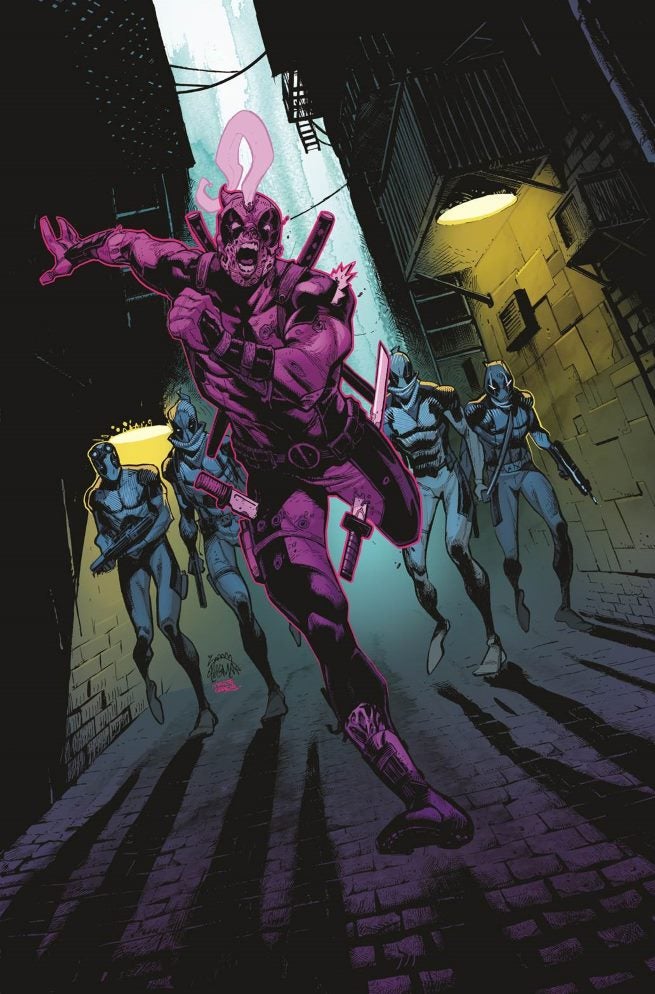 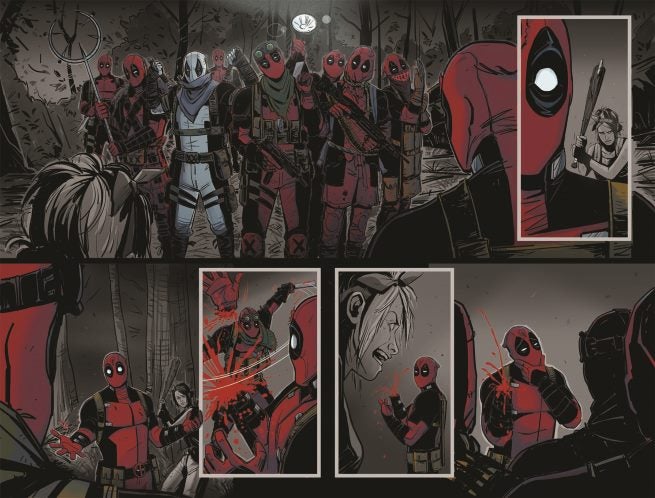 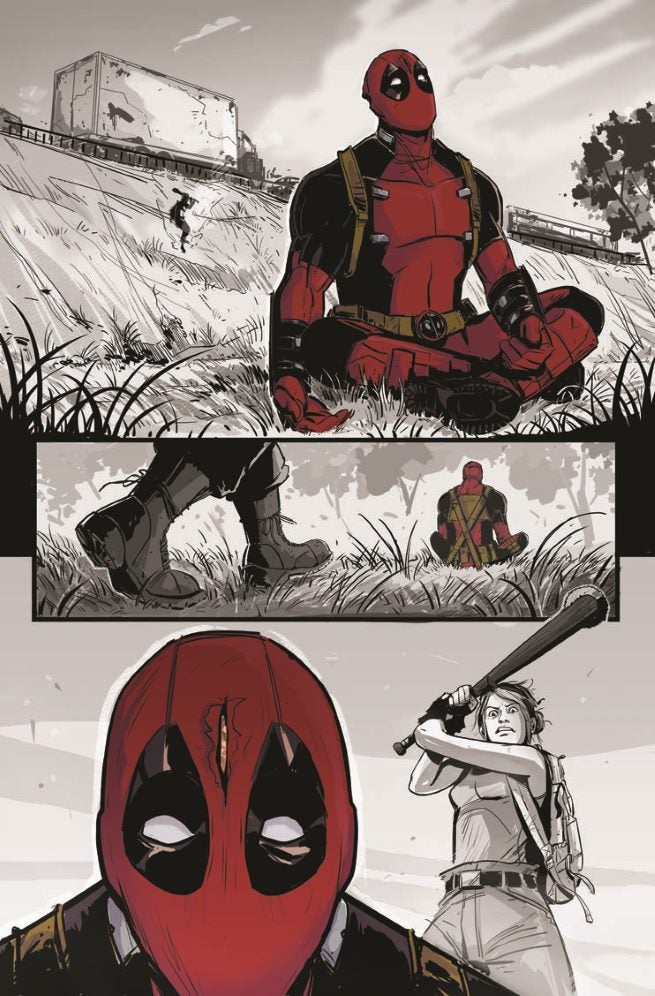 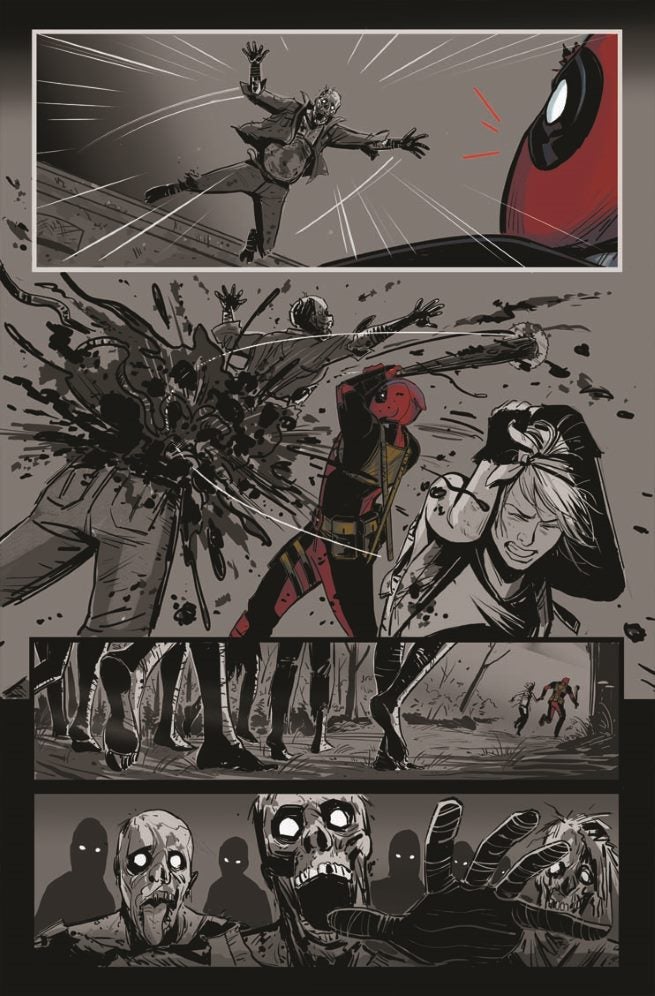 Return Of The Living Deadpool #1 Preview