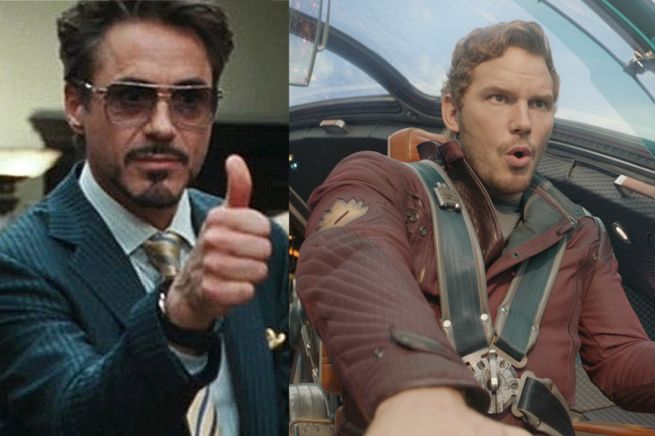 Marvel Studios' Iron Man, Robert Downey Jr., has named Guardians of the Galaxy as the best Marvel movie yet.

Downey made the proclamation in an interview with The Toronto Sun from the Toronto International Film Festival.

"Galaxy in some ways is the best Marvel movie ever," Downey said. "And it's odd for someone with — on occasion — an ego the size of mine to actually say that!"

Downey picks Guardians out of all the Marvel films – including the ones with him in them, like The Avengers and the Iron Man movies – because it was such an underdog.

"We're talking about how the Iron Mans and the Thors and the Captain Americas and the Avengers movies have afforded Marvel the opportunity to essentially take what was a third-tier, minor, kind of upstart bit of potential from one of their comic books series and say: 'Look!'"

Guardians of the Galaxy has made over $500 million at the worldwide box office, so it seems likely that Downey isn't the only one who feels this way.

Robert Downey Jr. Declares Guardians Of The Galaxy The Best Marvel Movie Ever