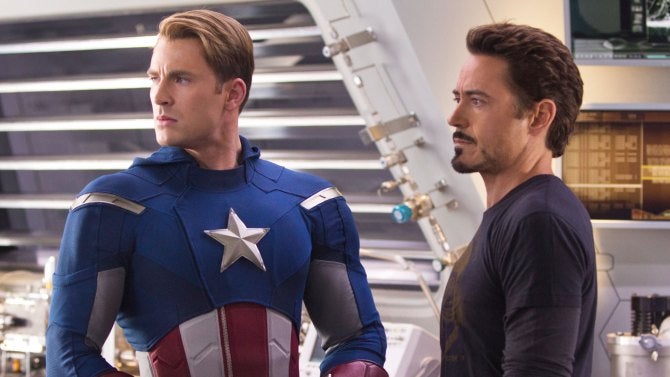 The move brings Downey, who has been teasing more work with Marvel beyond his current contract, back into the solo superhero movie business, where he's made more money by a wide margin than anybody else in Marvel's stable.

Downey's existing deal had him on for only two more films: Avengers: Age of Ultron, which has already wrapped filming for release next year, and Avengers 3, which is expected in 2018.

The story indicates that the story will be based on the event series Civil War, for which Marvel released an ambiguous teaser earlier today. In the comics, the government proposes a registration program for superhumans -- one that Iron Man supports and Captain Americaopposes. The resultant battle between the Marvel superheroes had ramifications that lasted for years, including putting Tony Stark in charge of S.H.I.E.L.D. for a time.

The death of Captain America, widely rumored to be a key part of the Captain America 3 storyline, took place at the end of Civil War but was technically not part of the storyline itself. He was assassinated -- and for the sake of brevity we'll say it was by Crossbones, a villain introduced in Captain America: The Winter Soldier, since that's how it appeared in the comics for a long time.

Captain America 3, which now appears likely to be titled either Civil War or Fallen Son, is due in theaters on May 6, 2016.