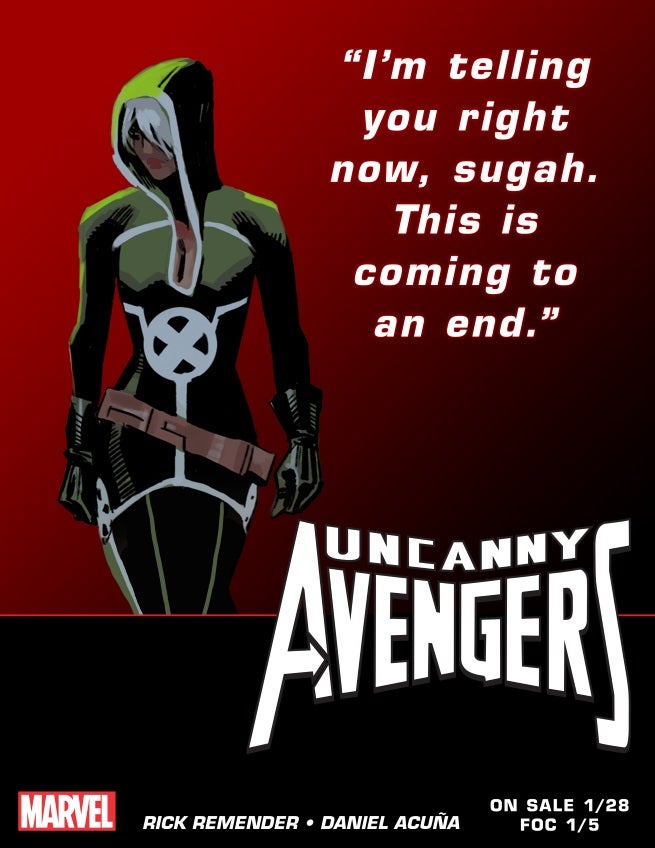 Marvel Comics has released another character teaser for Uncanny Avengers #1.

The latest teaser features the Avengers Unity Squad's sole remaining X-Man, Rogue, and she sounds like she ready to take care of business.

Rogue's teaser is the latest in a series of character teasers that began with Quicksilver, and continued with teasers for the Scarlet Witch and Brother Voodoo. Like several of her teammates, Rogue was inverted during the events of AXIS, but has since regained her original morality.

Uncanny Avengers will relaunch, with writer Rick Remender and artist Daniel Acuna at the helm, when issue #1 hits stand on January 28.