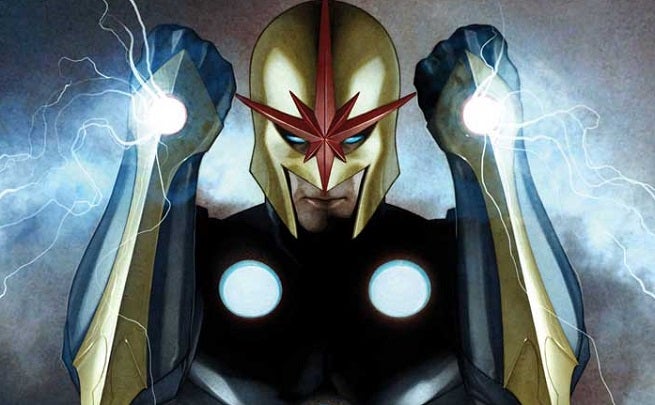 While the Nova Corps are known to be a part of Guardians of the Galaxy, due in theaters in just over six weeks, it hasn't yet been made clear whether the best-known Nova in Marvel Comics -- Richard Ryder -- will appear in the film.

According to Latino Review's resident spoiler king El Mayimbe, he will -- but only in a post-credits tag.

He hasn't written up an article yet (and might not, as he's been known to give tidbits of information like this on Twitter when he doesn't have much more), but here's the tweets (along with a response from Rob Liefeld egging him on):

Do it... RT @elmayimbe: I know the rumored GOTG post credit sequence but none of y'all would believe me anyway.

Rumor: Guardians of the Galaxy To Introduce A Very Special Nova