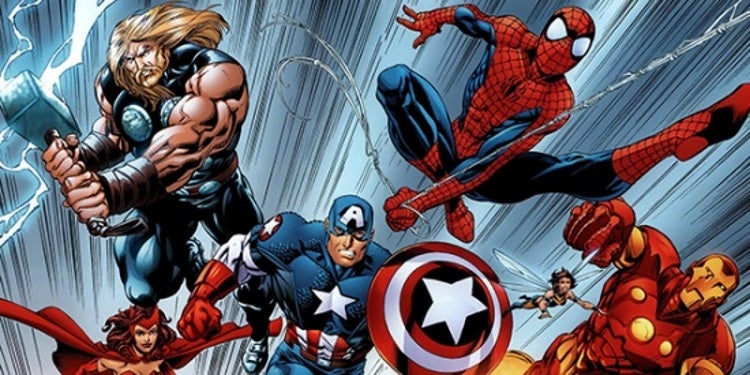 HitFix is reporting a rumor that the Spider-Man film universe may be connecting with Marvel's Cinematic Universe.

According to the report, it's a work in progress, but Marvel would like to be able to play with all of its intellectual toys, and Sony is looking for some help getting their Spider-Man franchise back on track:

Sony, on the other hand, may be doing things the opposite way. While I can't get the confirmations I need to verify the story, I'm hearing that there are some very cool "Spider-Man" plans being discussed that would help Sony refocus their enormously important franchise while also opening up some connections in the onscreen Marvel movie universe that would blow fandom's minds. Will it work out? I don't know. I would love to be able to state for sure that it's happening. What seems clear from what I've heard is that Marvel wants to be able to play with all of their characters, and if they can make that work creatively and on a corporate level, they will, and that means the world gets bigger again.

As the report states, this an unconfirmed rumor. The producers of the Spider-Man film franchise have gone on record as saying a crossover like this would only happen if they ran out of ideas, but things change, so you never know. In the end, it's never impossible, but it's not confirmed until they make an official announcement either.

Spider-Man Rumored To Possibly Be Connecting With Marvel Cinematic Universe