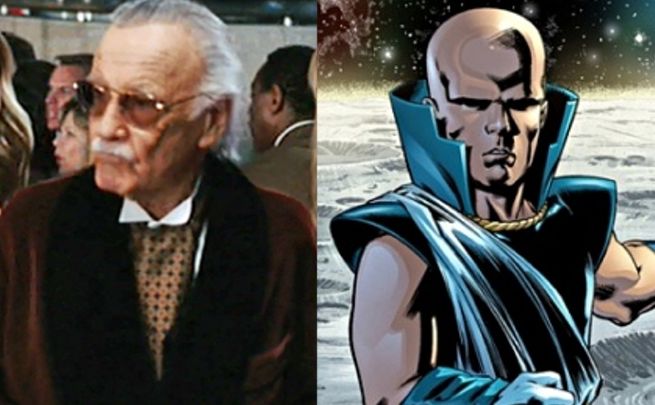 Here's one of the more crazy fan theories to circulate online. As all Marvel movie fans know, Stan Lee has had cameos in various Marvel films, including ones from Marvel Studios, Sony Pictures, and Twentieth Century Fox.

According to a story on Cinema Blend, a popular fan theory is that one explanation for Stan Lee appearing in all these Marvel films is that he's playing a Marvel Comics character known as The Watcher. In the comic books, The Watcher is one of the oldest living beings in the universe, and he spends his days observing Earth and recording everything that happens.

Of course, The Watcher is a giant bald being that looks nothing like Stan Lee, but the theory suggest that The Watcher could be disguising himself. It would certainly offer an explanation as to why Stan Lee seems to always be around various superhero–related events.

While this theory sounds pretty crazy, it reached the point where a fan put the question to Lee directly while he was appearing at the Alamo City Comic Con.

When asked if he was indeed The Watcher (at about the 10:20 point in the video below), Lee replied, "Well, I will admit I've been keeping my eye on all of you."

However, Lee added, "No, I'm afraid I don't have any super power and I'm not extraterrestrial. Though, I'll admit I'm a wonderful human being, but I'm really just a little more wonderful than most."

Not deterred by Lee's denial, the fan followed up by asking Lee if fans could expect to see him as The Watcher in Avengers 3.

"They never give me a role that I can really sink my teeth into," said Lee. "But I will tell you, speaking of Avengers #3, I have a cameo in that movie, which is the funniest cameo I have done yet. I cannot tell you what it is or they would shoot me, but you must not miss it, because it give me a chance to show my acting chops."

Of course, Lee's actually talking about his recently filmed cameo in the second Avengers, which is called Avengers: Age Of Ultron, but he appears to have just gotten the films mixed up when the fan asked about Avengers 3.