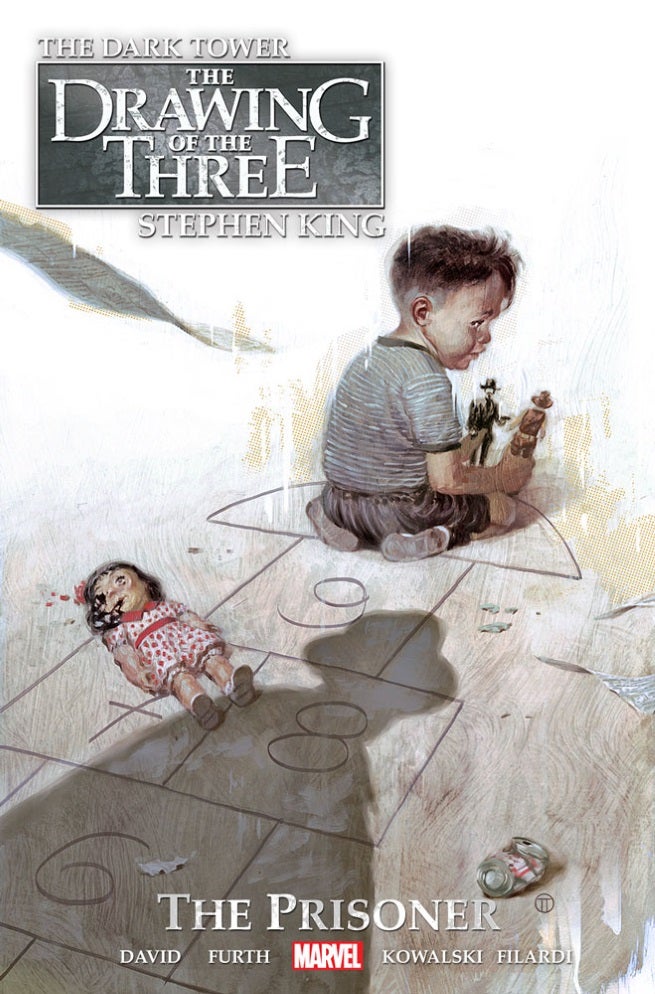 Stephen King and Marvel Comics have released a first look at The Dark Tower: The Drawing of the Three – The Prisoner #1, the beginning of the next chapter of Marvel's Dark Tower comic book adaptation. The series will be written by Peter David & Robin Furth, drawn by Piotr Kowalski, and colored by Nick Filardi

As this tale of urban crime opens, you'll meet Eddie Dean as an innocent child who grows into a troubled young man gifted with the ability to open doors to other worlds. Can he survive family tragedy, a haunting addiction, and the deadly forces that conspire to stop him from challenging the Man in Black? Eddie faces trials and tribulations at every turn – and the badlands of Mid-World can't hold a candle to the dangers of Brooklyn in the 1960s! Witness the story of a young man on the path to an unlikely destiny and the most important journey of his life.

"The artistic team of Piotr Kowalski and Nick Filardi will take you on a bone-chilling visual journey into the depths of one man's soul," said editor Bill Rosemann. "Crafted to satisfy even the most experienced constant reader, but also created to be completely accessible for new readers, this series delivers all the drama, pathos, humor, and horror you've come to expect from master storyteller Stephen King." 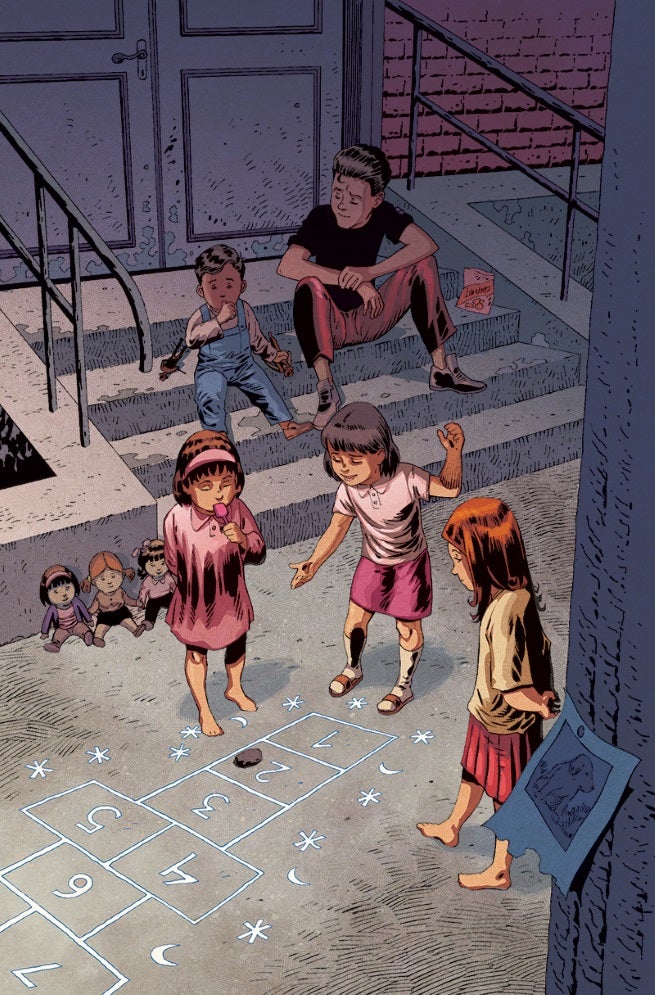 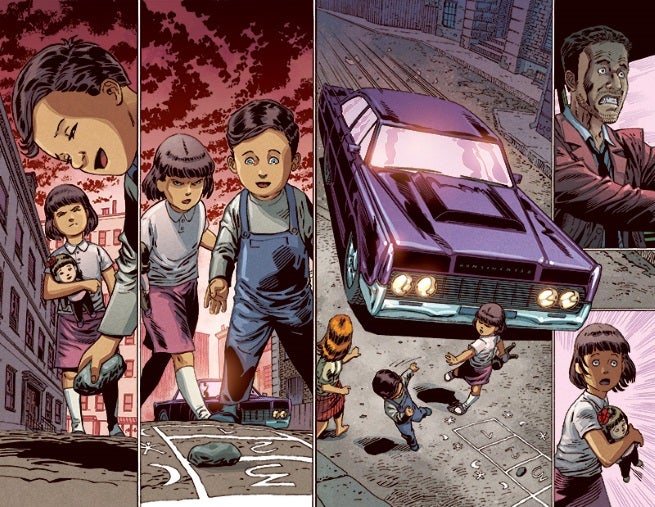 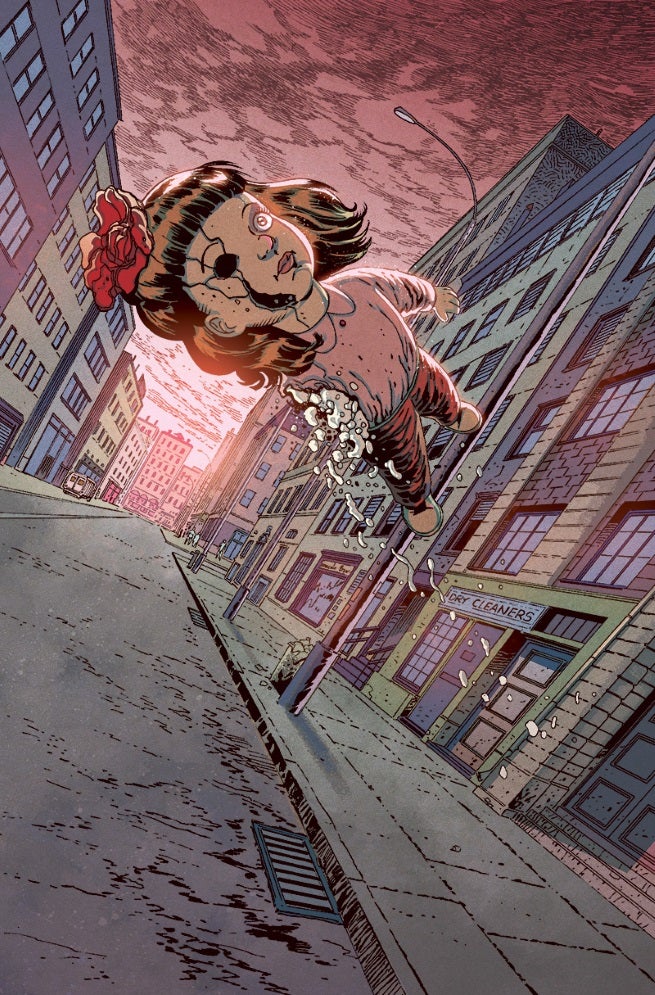 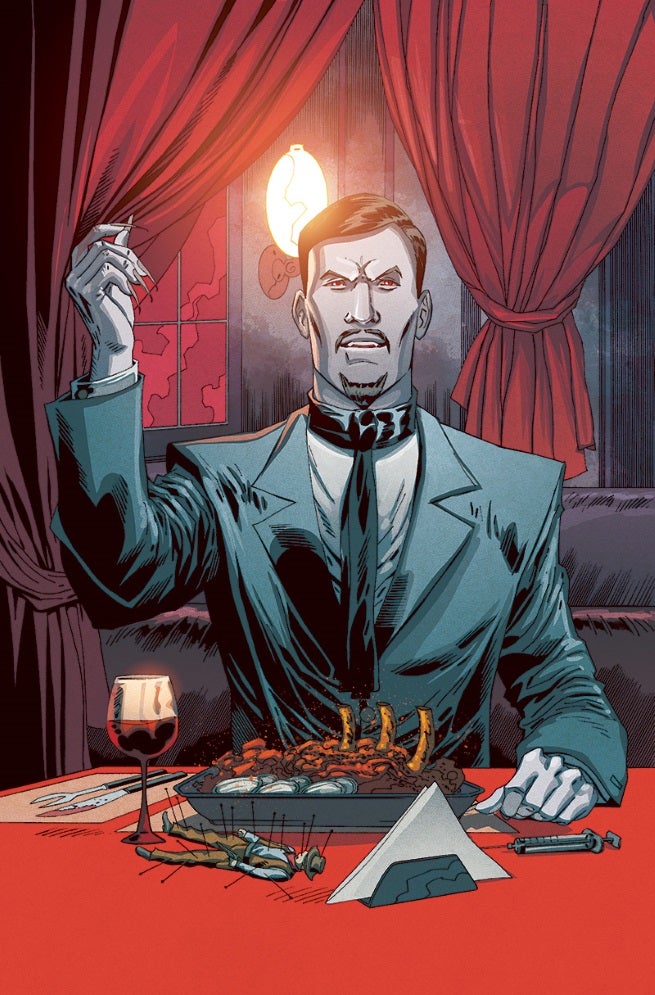 The Dark Tower: The Drawing of the Three – The Prisoner #1 ships this September.