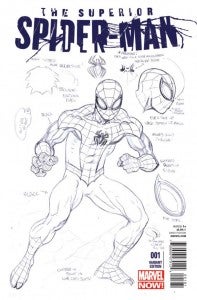 #700 and The Superior Spider-Man #1 have both already seen a handful of variant covers announced, giving Spider-Man almost as much presence on the shelves in the coming weeks as characters with a handful of titles like Batman or the X-Men. The latest, though, really seems like an odd choice. Marvel Comics has announced that the first look many fans got at the Superior Spider-Man--concept art from Ed McGuinness that showcases the aspects of the character's redesign that are different from Peter Parker's traditional costume--will adorn one of the variant covers for Dan Slott and Ryan Stegman's upcoming #1. The latest variant was announced last night by Newsarama, and joins other variant covers for the issue by artists Humberto Ramos, Joe Quesada, Giuseppe Camuncoli and Skottie Young, in addition to blank sketch variants and the standard cover by series artist Ryan Stegman. Check out the solicitation information and the variants we've seen below. SUPERIOR SPIDER-MAN #1 DAN SLOTT (W) • RYAN STEGMAN (A/C) Variant Cover by JOE QUESADA Sketch Variant Cover by JOE QUESADA Variant Cover by Humberto Ramos Variant Cover by Giuseppe Camuncoli design variant by Ed McGuinness Young Baby Variant by SKOTTIE YOUNG Blank Cover Also Available THEN!...Peter Parker spent a lifetime living up to the responsibilities his powers foisted upon him but his Amazing story finally ended dramatically in the historic Spider-Man #700. NOW!...The new Amazing Spider-Man has arrived and he is better in every single way. Smarter, stronger...Superior. 32 PGS. /Rated T+ ...$3.99 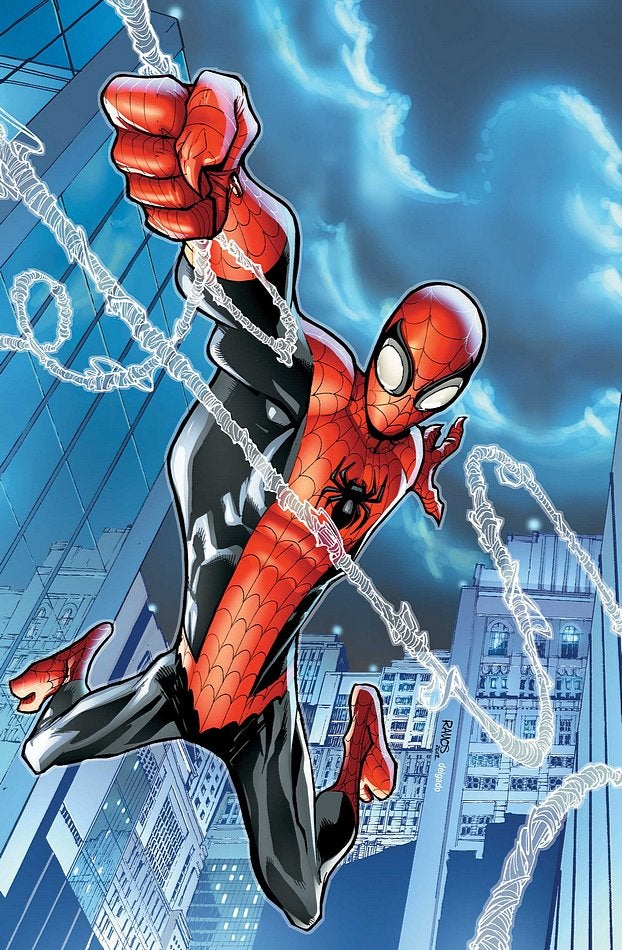 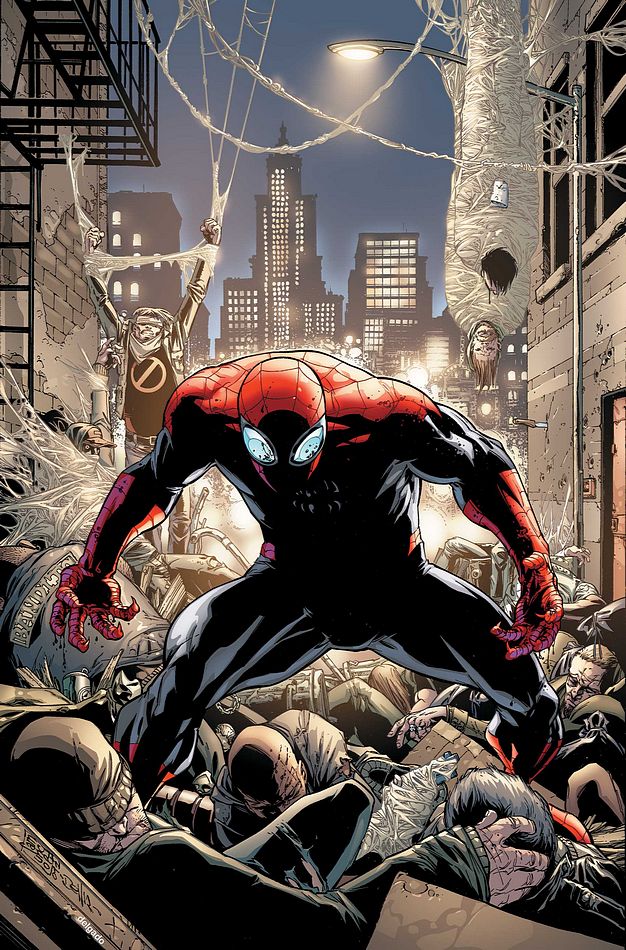 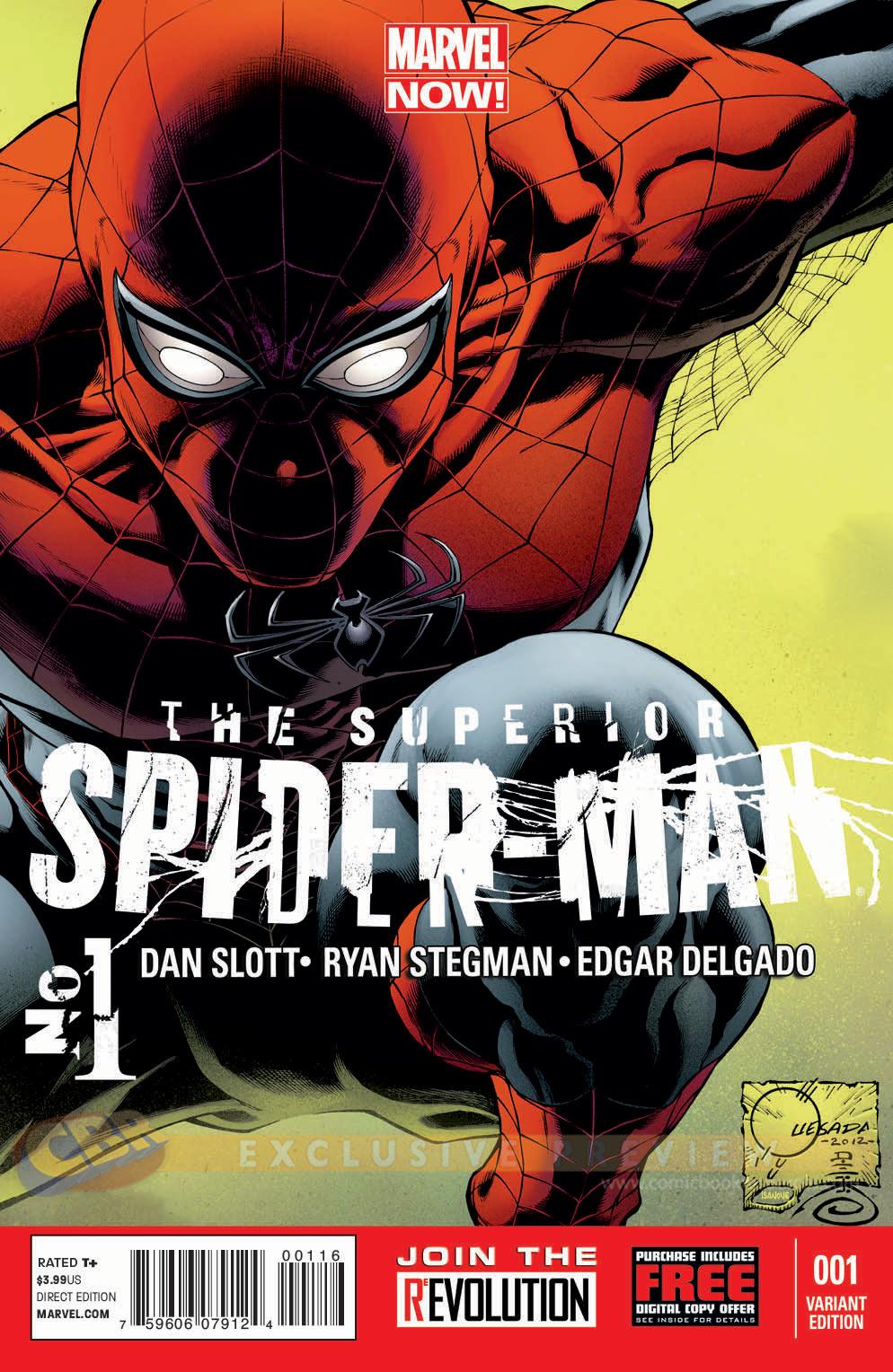 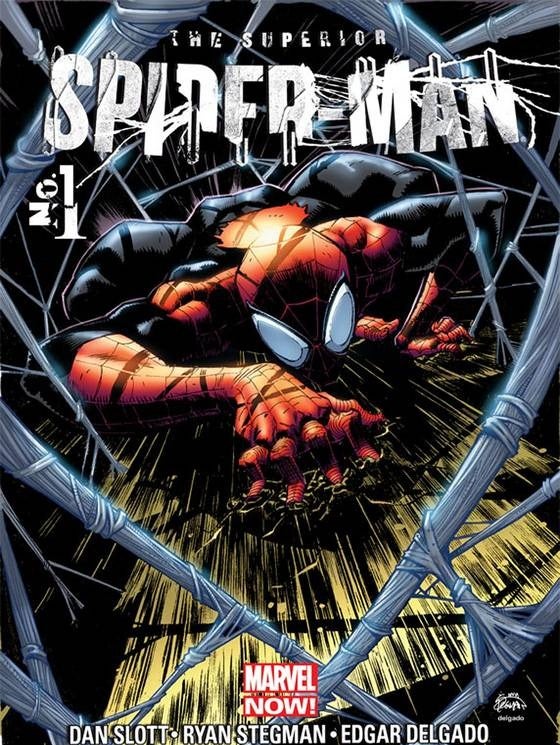