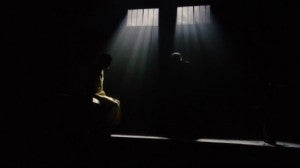 left us with a lot of questions, but one stands head and shoulders above the rest: who was that man in the scene that took place during the credits? A stranger enters the cell of Curt Connors by mysterious means, leaves the same way, and in the middle says some menacing things about Peter Parker. The initial response on the part of fans and critics was to assume that it was Norman Osborn, the CEO of Oscorp and erstwhile Green Goblin. In an interview with Ain't It Cool News, though, Rhys Ifans--who plays Connors--denied outright that the man in his cell was Norman Osborn. "A representative from OsCorp appears miraculously in the room," Ifans told AICN. "How he gets in there and how he leaves, we don't know. Maybe we will find out. But it's not Norman Osborn." He went on to say that the intruder "is in the employ of Norman Osborn without question," and agreed with the reporter, who characterized the man as "someone we're familiar with, who we don't know is employed by Osborn." Whether that's someone "we" as in the audience who have seen The Amazing Spider-Man would be familiar with or "we" as in fans of the character and the property is unclear. That said, there are a number of people who might have appeared in that room--some more or less likely than others--and we decided that it was a good idea to run down the ones we were considering as suspects. Norman Osborn Okay, so Ifans said no--that doesn't necessarily mean anything. We've been told "no" when the answer is "yes" in comics enough times to choke a camel. Whatever Osborn's ailment is might also explain the That said, it's still far and away the least likely candidate on the list, if only because he's such an obvious answer that it seems likely if it were him, there would be no need to hide it. Curt Connors During the course of the film, Connors/The Lizard had a couple of conversations with himself as well as a running conversation with the camera he was using to document his unorthodox research. That fact, coupled with the mysterious appearance and disappearance of the man in the cell, has some fans convinced that Connors wasn't really talking to anyone in particular, but to himself (which might explain the strange thing going on with the stranger's hands) or someone he's seeing in his head. Maybe... Richard Parker "Did you tell the boy the truth about his father?" is a really loaded phrase. It implies not only that it's just Richard Parker, not necessarily Mary, about whom Peter doesn't know the truth--something that runs contrary to what we saw in the film as well as to the comic book iteration of the pair as fairly connected in their extracurriculars. The use of the word "boy" might even suggest that the speaker considers Peter a child--not a sentiment that many of the people on this list would have, considering they didn't know of him before he got powers. And, of course, there's the fact that (as hinted above), Parker could be a likely candidate for Connors to see if he were delusional, since they were once friends. And on top of it all, there's a Venom movie in the offing. In the Ultimate Marvel Universe, Richard Parker was instrumental in creating Venom. Kraven, the Hunter Can you think of anyone else without powers who could get in and out in the blink of an eye? Kraven sure as heck could, and in addition to being a grounded, real-world villain (apart from the costume, which we don't see here), he's also a fairly mercenary guy and someone we could totally see working for Oscorp or anyone else who offered him something that he wanted. On top of that, there's the fact that he was name-checked by Andrew Garfield (who plays Spider-Man) as a favorite villain in a recent interview. 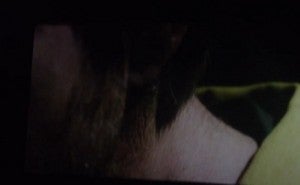 Morbius The Living Vampire may well be part of the rights package that Sony got from Marvel when they bought up Spider-Man and his ancillary properties, but it's not entirely clear. Either way, it seems kind of unlikely that it would be him. Yes, he can appear and disappear at will. Yes, he has crazy hair and dresses nicely, so all of it might be a bit tempting to pin on him. Still, the biggest reason I've seen fans online point to for Morbius is that they feel Connors' neck appears to have been bitten by a vampire in the close-up on it during his conversation with the stranger. Looking at screen captures found online from the scene, I just don't find that to be the case. Rather, it looks as though he's getting patches of scaly skin again, like he did early on in the film, suggesting that his powers may recur or at least that he's been fundamentally changed by the experience. Alistair Smythe The idea of the Spider-Slayer robots seems to be the kind of thing that could take hold in Webb's iteration of the series. With a police force that will no doubt be out for his webbed head following the death of Captain Stacy and a billionaire archnemesis hiding in the shadows, it's not entirely unlikely that Smythe and his kill-bots might show up in the next picture. He's got the wacky hair, too, although the rest of the persona doesn't really fit. Electro Who knows what Electro might look like in the Webb universe? Certainly this looks nothing like any iteration of the character we've seen before. Still, he was listed by Andrew Garfield as a favorite, to the surprise of the interviewer who spoke with him, and a number of fans are reading something into the fact that the character comes and goes with a crackle of lightning. Mysterio Another candidate for the "dramatic entrance and exit" brigade, and a character who's playing a major role right now in Spider-Men. Of course, by the time they were even finishing up the script on the Amazing Spider-Man sequel (I'm rooting for "Spectacular Spider-Man, since someone used that all-too-uncommon adjective in this film), that story will be way in the rear view mirror. Nevertheless, Mysterio is an enigmatic character who could work really well on film becuase his "powers" can be manipulated fairly easily to fit the tone of whatever movie is being made. 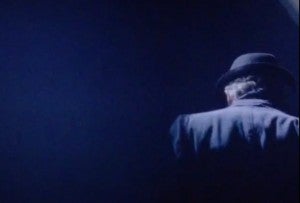 Ezekiel I can't help but feel like this character looked like Ezekiel. As soon as I saw the broad shoulders, the wild hair that looks gray and the suit, I thought, "Wow, that's Ezekiel," but of course he's one of the good guys, and it doesn't make a lot of sense, him being there and saying those things. Of course, he could be playing the double-agent card. He's a wealthy man and could be posing as an employee or a stockholder of Oscorp in order to gain access to Peter. Still, if they wanted to take their cues from the Straczynski run, I suppose the more likely candidate would be... Morlun The bad guy in The Other and the yin to Ezekiel's yang, Morlun takes the "totem" concept that makes Spidey villains like The Rhino and The Lizard something worth taking seriously in the 21st Century and controls it to disastrous effect. If you think The Lizard was a little bit too easily defeated, Morlun is the guy for you. Think Animal Man, but with a homicidal streak.