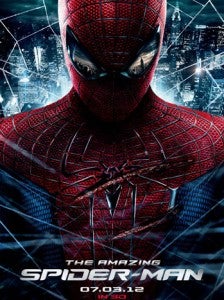 It's been widely speculated that The Amazing Spider-Man was being set up as part of a series, and that might be part of the reason that there were so many plot threads left dangling in the film, so many questions left unanswered, and the like. Now, we've got confirmation. Yesterday, the studio quietly announced via its Facebook page that The Amazing Spider-Man was actually part one in a conceptual three-part story that sounds as though it draws quite a bit of influence from Christopher Nolan's Batman trilogy. "It's finally here!" Trumpeted the site. "The Amazing Spider-Man is the first installment in a movie trilogy that will explore how our fave hero's journey was shaped by the disappearance of his parents." Sony had already announced that they were planning a sequel to the film after enthusiastic response to dailies had execs thinking that the film would be a success. Now,  it seems as though the studio has decided to go ahead and do what everyone expected. With the first series of Spider-Man films as a benchmark, as well as FOX's X-Men films and Christopher Nolan's Dark Knight Trilogy, it seems as though three movies is what the market—or, in Nolan's case, the filmmaker—will bear before a radical change takes place, so don't be surprised to see more franchises aping this model—at least the ones that aren't bound too tightly to The Avengers. Even those films, though, might not be as safe as you'd think; according to MTV's Splash Page, Robert Downey, Jr. told Entertainment Weekly this week that he "left it all out on the field" in Iron Man 3 and that he's not quite sure where they would go next with Tony Stark following the film.

The Amazing Spider-Man Kicks Off A New Trilogy