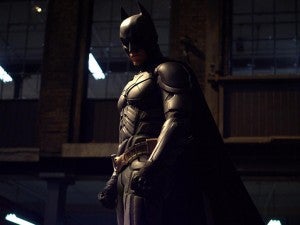 Based on daily box office traffic tracked at Box Office Mojo, along with the current lifetime standing of each film, it appears as though Marvel's The Avengers is set to overtake The Dark Knight as the highest-grossing comic book movie in American history on Friday. At $529.7 million as of last night, The Avengers needs only $3.7 million to pass The Dark Knight, currently the comic book adaptation with the highest all-time domestic gross at $533.3 million. With The Avengers making between $2 million and $4 million per night, it's unlikely to make that amount by the time Thursday's cinemas close, but it should put the film--expected to make somewhere in the neighborhood of $30 million this weekend--in a position to overtake its pointy-eared competition easily on Friday. This is just one more milestone for The Avengers, which has broken record after record since hitting cinemas, made more than $1 billion globally and will soon be streamed to the astronauts aboard the International Space Station. The Dark Knight Rises, director Christopher Nolan's follow-up to The Dark Knight, is widely expected to be the only movie that could challenge the Avengers for box office dominance this year, although as The Avengers keeps setting records even that seems less likely.

The Avengers Poised to Overtake The Dark Knight This Weekend