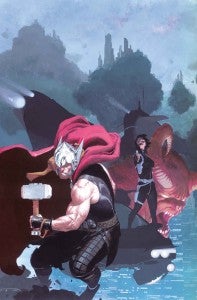 Marvel Comics have released a first look at Thor: God of Thunder #19.NOW – the start of "The Last Day of Midgard," a new story arc from the New York Times Bestselling creators Jason Aaron and Esad Ribic. It seems as though Thor will continue splitting his time--here, between an environmental disaster and the corporation responsible for it in the present (timely enough, all things considered) and then in the future, as Earth faces its last days with Galactus looming. A little ironic, then, that the tagline for this weekend's episode of Hulk and the Agents of S.M.A.S.H. is "Galactus Goes Green," huh? Check out the official solicitation text, description and preview pages for the issue below. The Asgardian Thunder God has fought countless battles in defense of his adopted home of Earth. But there are no God Butchers or Dark Elves to fight this time. The planet itself is dying – a victim of abuse and depletion at the hands of Roxxon Energy Corporation – the world's largest (and most nefarious) energy provider. How can he save the world he loves when there is no fight to be had? Now, Thor must team up with S.H.I.E.L.D. environmental agent Roz Solomon and square off against a multinational super-corporation and its ruthless CEO, Broxton Agger, a man the business world calls "The Minotaur"! Meanwhile, millennia away, a future version of Thor squares off against the greatest threat in the history of the Marvel Universe – GALACTUS, the Devourer of Worlds! Winner take all! The prize? The remains of the planet Earth! Don't miss the start of a blockbuster new story arc when "The Last Days of Midgard" kicks off in THOR: GOD OF THUNDER #19.NOW this February! THOR: GOD OF THUNDER #19.NOW (DEC130667) Written by JASON AARON Art & Cover ESAD RIBIC Variant Covers by CLAY MANN & SIMONE BIANCHI Animal Variant by JENNY PARKS FOC – 1/20/2014, On-Sale – 2/12/2014 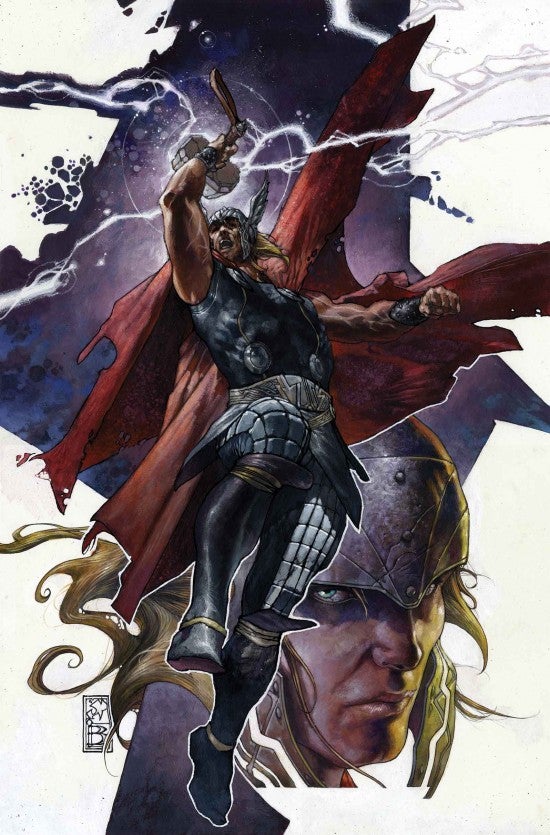 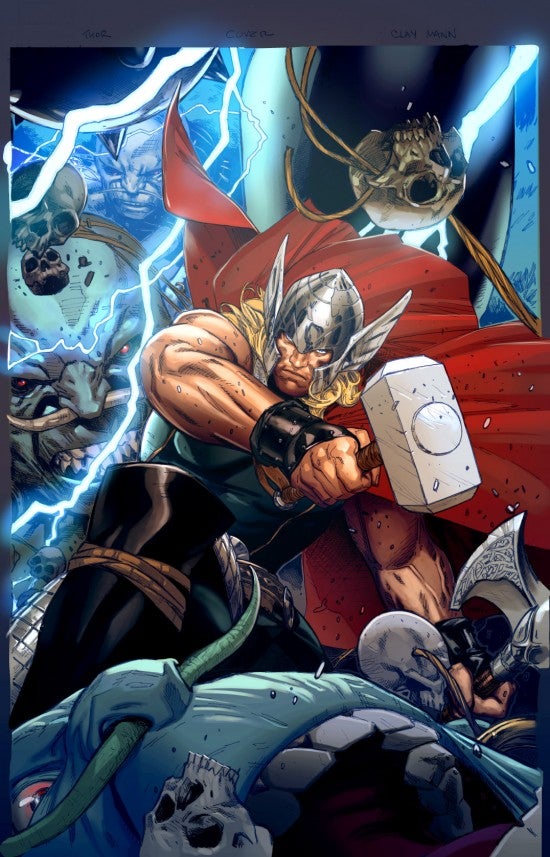 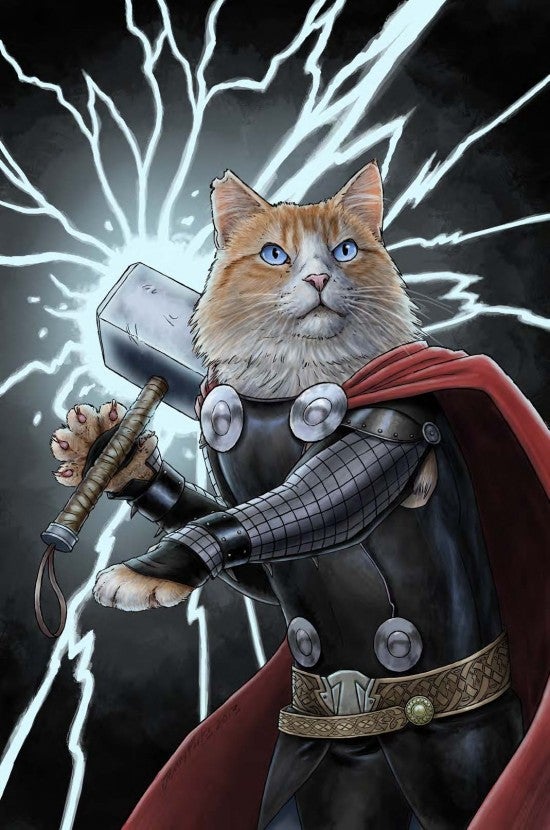 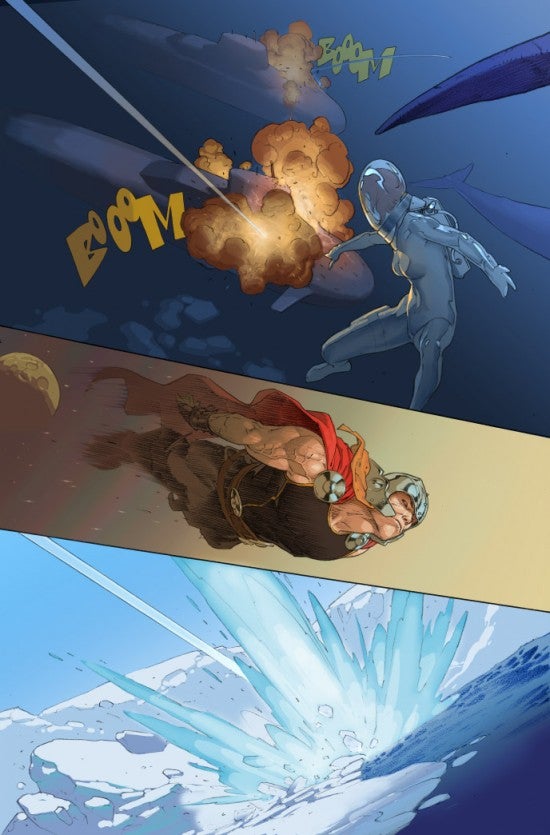 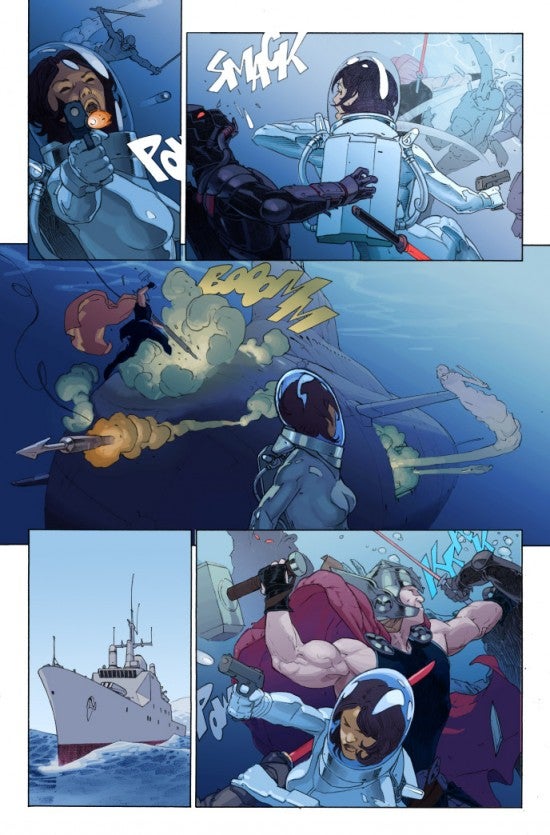 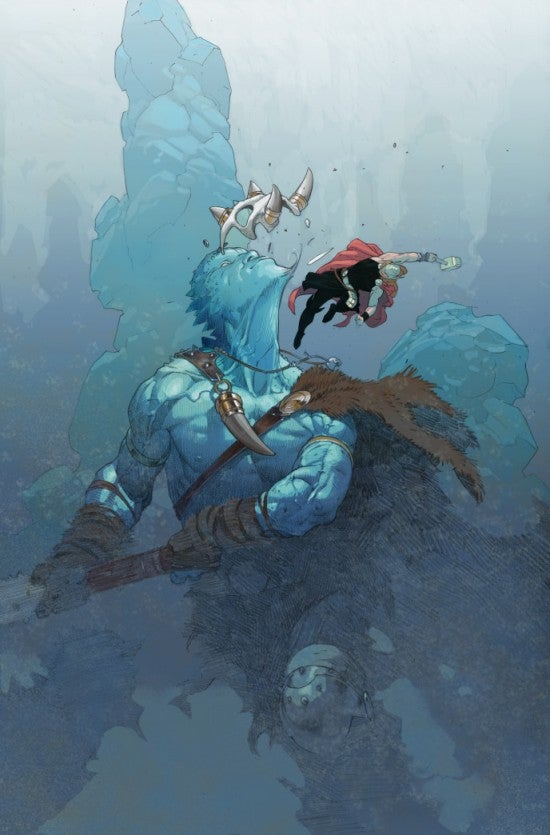 Thor: God of Thunder #19.NOW Preview Kicks Off The Last Day of Midgard