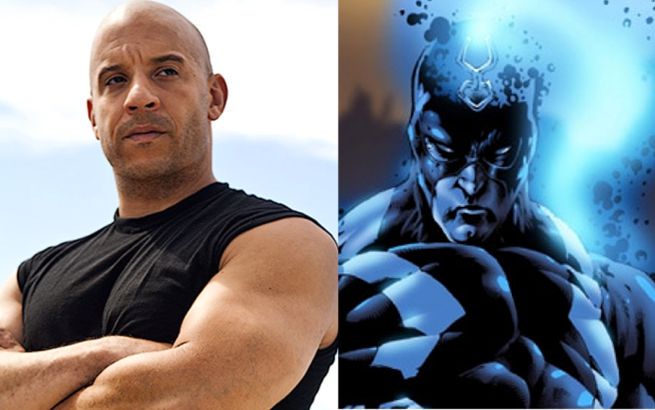 In what they say was the first interview of the day during Vin Diesel's Furious 7 press junket, MTV asked the action superstar whether he could expand his voice-only role as Groot in Marvel's Guardians of the Galaxy to a voice-less performance as Inhuman king Black Bolt.

"Oh god," Diesel said. "Wow. Right for the jugular. You see, Marvel? They ask me these questions!"

After a pause, he added, "You know, I enjoyed the experience of playing Groot. A lot of it was the great cast, and the genius of James Gunn. But I also enjoyed, you know, entering into the Marvel world. And…good things will come from that."

Diesel noted that the MTV Movie Award that he's up for this year with co-star Bradley Cooper for best onscreen duo is one that he's won twice before -- both times with Paul Walker for work in Fast and Furious movies -- in 2002 and 2014.

"I know James Gunn is very excited and he's working on it right now," Diesel added of Guardians of the Galaxy 2. "He's very excited about what Groot will do in the 2017 movie."

Vin Diesel Comments on Inhumans & Guardians Of The Galaxy 2