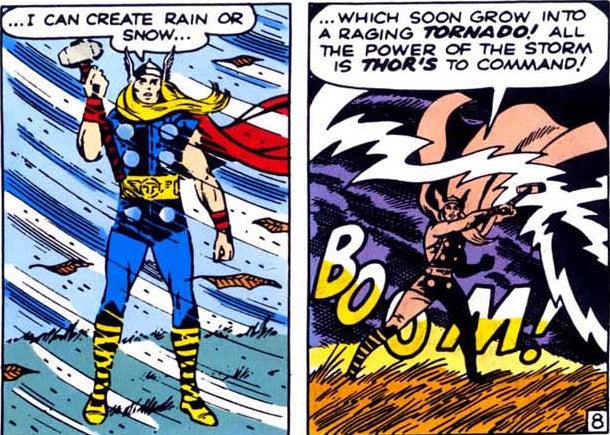 Anybody hoping for a break from the relentless pounding of winter weather in the United States will likely be disappointed this week.

Yes, that's right: the National Weather Service has named the latest in our seemingly never-ending string of storms after the Norse god of thunder. Because apparently somebody there has a sense of humor.

Thor has taken shape in California and will move its way across much of the country by midweek, according to The Weather Channel.

And, just in case anyone wondered, the previous winter storm was named...Sparta.

Yeah, we'll just leave that one right there.