Toy movies are rapidly becoming the new comic book movie. Pick a popular childhood toy, turn it into a movie, and nostalgic viewers will show up in droves. As Transformers has proven twice now, a toy movie with great special effects, a decent plot, and entertaining actors can pull in hundreds of millions at the box office. In fact with the summer almost over, Transformers: Revenge of the Fallen is a shoe-in to take the title of biggest summer blockbuster, and subsequently highest grossing movie of the year. Paramount wouldn't even let critics pre-screen G.I. Joe: The Rise of Cobra, and many reviews that are coming out now are very negative, but the movie hit box office expectations for opening weekend. G.I. Joe should easily go on to rake in hundreds of millions of dollars at the box office. With this in mind, Comicbook.com has compiled a list of toy movies that we would like to see. 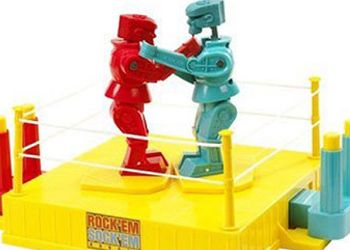 – A toy that involves two robots in a boxing ring beating the crap out of each other. Why has Hollywood not come calling on this toy yet? Rock 'Em Sock 'Em Robots is a better plot line than half of the action movies put out in the last year. You got robots fighting, what's not to love? It could be kind of like a Rocky for robots, where this kid builds a robot out of old transistor radio parts that takes on this hi-tech corporate sponsored robot. The main thing is that if most of the film is filled up with two hours of robots fighting each other, it would be a guaranteed hit. 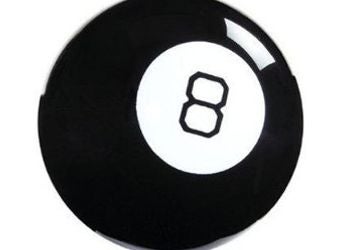 – While at first glance this might sound like the worst toy ever to base a movie on, there are several interesting angles that could be played. First off, the movie would have to be a comedy. I'm envisioning somebody like Jim Carrey playing a man, who decides to make all his major decisions by shaking a Magic 8 Ball and doing whatever it says. Oh wait, crap, I've just described the plot line for half of the movies that Jim Carrey has already made. Want to hear something really funny, there is apparently a Magic 8 Ball movie already in development. 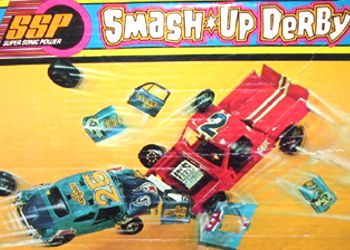 – With the latest Fast and Furious movie doing extremely well at the box office, all the major studios are remembering that moviegoers love movies with cool cars. The only thing better than a movie with cool cars racing is a movie with cool cars smashing into each other. This toy involves taking two cars and smashing them into each other, which is just as an ingenious idea as putting robots in a boxing ring. If Vin Diesel agrees to play the lead, then you've got what might be the biggest blockbuster of the summer. 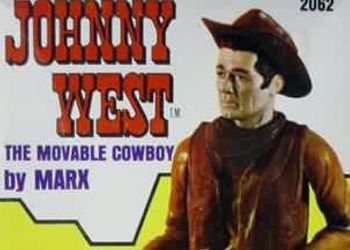 – Who doesn't love a good western? While many western-themed toys were based on TV shows, Marx Toys created their own original line of western action figures. Johnny West and the Best of the West series of toys were very popular with kids in the sixties and seventies. Who would play Johnny West? Maybe, Christian Bale, as he proved his western acting ability in the "3:10 to Yuma" remake. 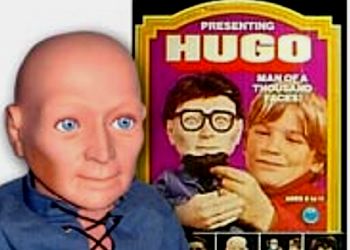 – Mike Myers really needs something to revive his career after the whole "Love Guru" fiasco. What better way than to tie his fate to a beloved childhood toy? Mike Myers as Hugo, Man Of A Thousand Face would either be hilariously funny or hilariously bad. Either way, it would become a cult classic. 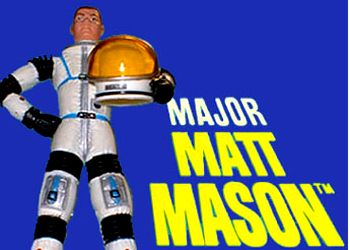 – Major Matt Mason is a great sixties toy that would make for a great sci-fi movie. Major Matt Mason was an astronaut that lived and worked on the moon. He and his fellow three moon-based astronauts fought all sorts of cool aliens. Rumors have circulated that a Major Matt Mason movie could actually happen with Tom Hanks playing the lead role. 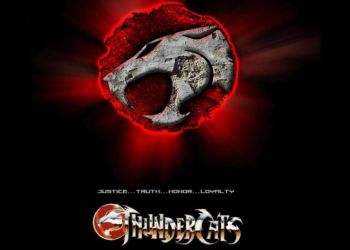 – This should be a dream movie for Hollywood producers because they could market it both to cat-lovers and fantasy adventure fans. And yes, there is an animated version of a Thundercats movie in the works, but what I would like to see is a live action version. While some might argue it would be difficult to make a live action version of the Thudercats, I think cat-people could be pulled off just like ape-people were pulled off in the Planet of the Ape movies. 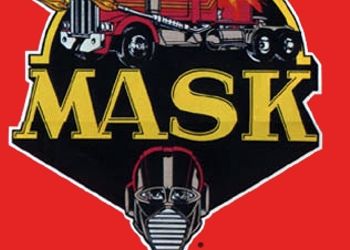 – Since Transformers and G.I. Joe have both proven their box office drawing power, can a M.A.S.K. movie be far behind? M.A.S.K. centered around a special task force (like G.I. Joe) with transforming vehicles (like Transformers). I can hear this movie being pitched in Hollywood now, as "it's like G.I. Joe meets the Transformers, so it's guaranteed to make as much as both movies combined." 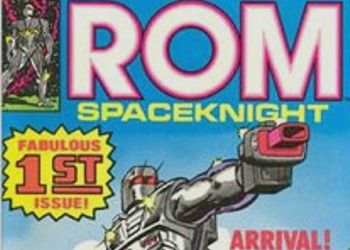 – Most people likely remember the Marvel comic book series more than they remember the toy. While you might think a comic book based on a giant alien robot toy would be awful, it was actually surprisingly good. If a studio took a cue from the comic book series, ROM could actually be a really good movie. It also has the potential to really suck if it gets slapped with a small budget or the studio doesn't take it seriously. 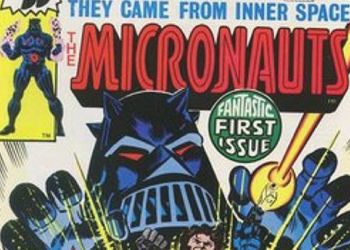 – While there are many toys on our list that might make good movies, the Mirconauts could definitely be a great movie if done right. With a big budget, we're talking about something that has the potential to be the best sci-fi movie in a long time. A well done Micronauts movie could revive the toy line, and in addition to bringing in hundreds of millions at the box office, it could bring in billions of dollars in merchandising. There is no toy movie more deserving to be made than a live action Micronauts movie.