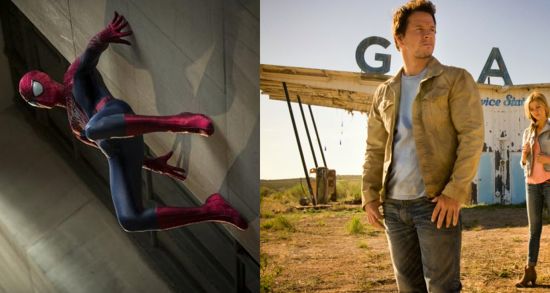 Super Bowl XLVIII is less than two months away, and it's already leaking out what movie trailers fans can expect to see. According to a Deadline report, four movie studios have already bought spots for the 2014 Super Bowl. In exciting news for comic book fans, Sony Pictures will be advertising Amazing Spider-Man 2 during the Super Bowl. Amazing Spider-Man 2 is set to open up the summer blockbuster movie season on May 2, 2014. Paramount has bought one 30 second spot to promote Transformers: Age of Extinction. Disney has bought one 30 second spot as well, but they reportedly have not decided what film they will promote. They might promote Need for Speed, but we're hoping they choose either Captain America: The Winter Soldier or Guardians of the Galaxy. Guardians of the Galaxy director James Gunn has hinted that he knows when the first Guardians of the Galaxy trailer will be released. Some early footage from the film got fantastic feedback at Comic Con, so the Super Bowl would be a great opportunity to expose a lot more people to Guardians of the Galaxy. Lionsgate has bought a commercial spot during the Super Bowl pregame show, but it has not been revealed what movie they will promote either. Super Bowl XLVIII will air on Sunday, February 2, 2014 on FOX.