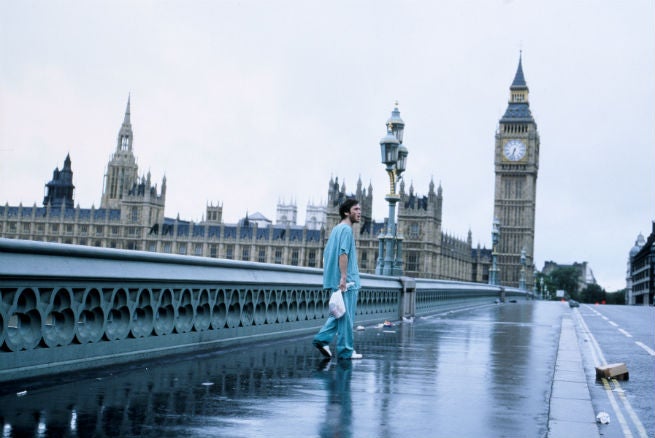 In a new interview with IGN, 28 Days Later and Dredd screenwriter Alex Garland said that he and 28 Days Later director Danny Boyle have started seriously exploring ideas for 28 Months Later, a follow up to Days and its less-beloved sequel, 28 Weeks Later.

The original film centered on a man who woke up from a four-week-long coma to find London overrun by fast-moving zombies. The second film dealt with the fallout of the rest of Europe "quarantining" England when the outbreak occurred.

A BOOM! Studios comic book series based on 28 Days Later was a bit hit for the publisher, around the time of the second film's release.

"We've just started talking about it seriously," said Garland. "We've got an idea. Danny [Boyle] and [producer] Andrew [Macdonald] and I have been having quite serious conversations about it so it is a possibility. It's complicated. There's a whole bunch of reasons why it's complicated, which are boring so I won't go into, but there's a possibility."

Garland said he will most likely not write the script, but serve as an executive producer, making his role the same as it was on 28 Weeks Later.

28 Months Later Is Being Discussed