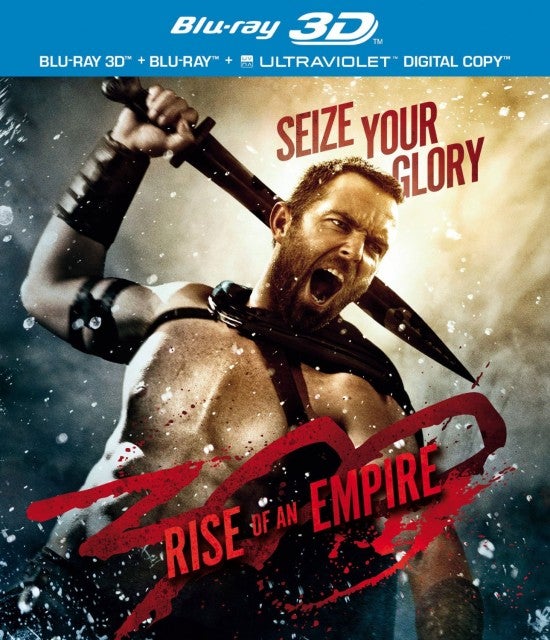 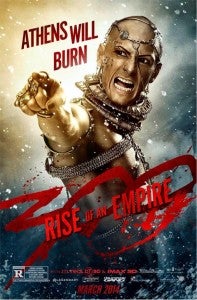 The film stars Sullivan Stapleton as Themistokles and Eva Green as Artemisia, alongside Lena Headey as the Spartan Queen, Gorgo; David Wenham  as Dilios; Andrew Tiernan as Ephialtes; Andrew Pleavin as Daxos; and Rodrigo Santoro returns in the role of the Persian God-King, Xerxes. The main cast also includes Hans Matheson as Themistokles' closest friend and advisor, Aeskylos; Callan Mulvey and Jack O'Connell as father and son soldiers, Scyllias and Calisto; and Igal Naor as the Persian King Darius. One of a pair of sequels to comic book movies released last year that didn't actually adapt existing comics (the other being RED 2), 300: Rise of an Empire will be available on Blu-ray 3D Combo Pack for $44.95 and on Blu-ray Combo Pack for $35.99 (prices MSRP and will likely be less at actual retailers around the time of release). Both include a digital version of the movie on Digital HD with UltraViolet. Fans can also own 300: Rise of an Empire in Digital HD on June 24 via purchase from digital retailers. 300: Rise of an Empire, told in the visual style of Zack Snyder's blockbuster Frank Miller adaptation 300, is a new chapter of the epic saga, which takes the action to a new battlefield—the sea. Originally announced as an adaptation of Miller's as-yet-unreleased graphic novel Xerxes, the story pits the Greek general Themistokles against the massive invading Persian forces, ruled by the mortal-turned-god Xerxes, and led by Artemisia, the vengeful commander of the Persian navy. Knowing his only hope of defeating the overwhelming Persian armada will be to unite all of Greece, Themistokles ultimately leads the charge that will change the course of the war. 300: Rise of an Empire Blu-ray 3D Combo Pack, Blu-ray Combo Pack and 2-Disc Standard Definition DVD Special Edition contain the following special features:

will be available for streaming and download to watch anywhere in high definition and standard definition on their favorite devices from select digital retailers including Amazon, CinemaNow, Flixster, iTunes, PlayStation, Target Ticket, Vudu, Xbox and others. Starting June 24, 300: Rise of an Empire will also be available digitally on Video On Demand services from cable and satellite providers, and on select gaming consoles.

300: Rise of An Empire Coming to Blu-Ray and DVD on June 24; Special Features Revealed