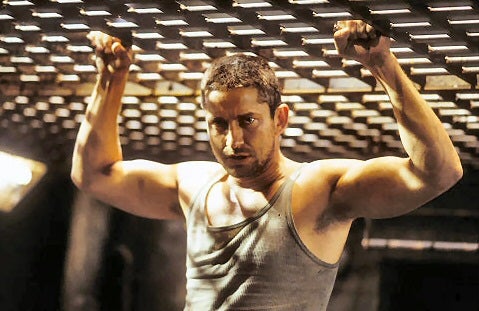 Gerard Butler has pulled out of Alcon Pictures' remake of '80s action hit Point Break, according to The Hollywood Reporter. The actor reportedly bailed on the film after a confluence of factors came together, primarily creative differences between Butler and the filmmakers, and a scheduling conflict. The picture was set to begin shooting in June, and the studio will reportedly recast in hopes of still meeting that date. Butler will apparently be busy shooting London Has Fallen, the sequel to Olympus Has Fallen. Butler had been cast as the Zen-infused thief originally played by Patrick Swayze, while Luke Bracey will play Keanu Reeves's Johnny Utah.