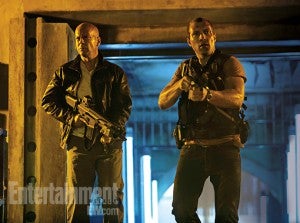 In a new featurette looking at the forthcoming Die Hard sequel A Good Day to Die Hard, John McClane takes his show on the road to Moscow, where he'll meet up with his CIA agent son Jack. You can check out the video below. "The relationship between Jack and John has been estranged for the last few years," explains Jai Courtney, who will play the junior McClane in the film. "Jack's working for the CIA under deep cover...they lock horns, they butt heads--it's been great, that's for sure." A Good Day to Die Hard is due in theaters on Valentine's Day.

A Good Day to Die Hard: McClane Working For The Man