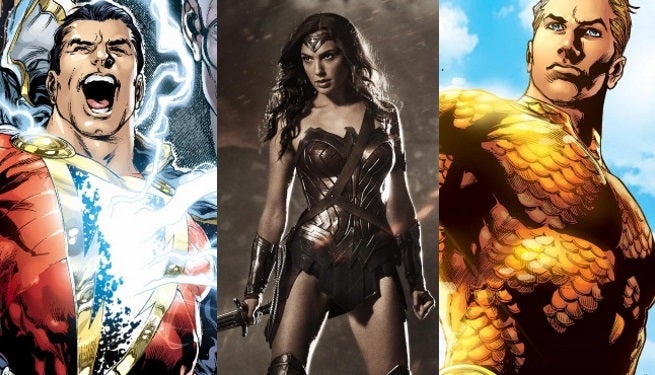 The internet has a lot to learn about how the internet works. For just one good example, and one that's right in our wheelhouse, see the spate of recent reports about Warner Bros. registering URLs that relate to Justice League, Wonder Woman, Aquaman and Shazam movies. There have been loads of these stories over the last few days - or, perhaps more accurately, lots of repeated, reheated, rewarmed versions of this one story.

But it's not actually a true story.

Let's look at JusticeLeagueFilm.com, for example. That's a genuine URL that, for now, feeds straight to Warner Bros.' homepage. Reports say that it was recently booked, and this is being taken as an indicator of some kind of imminent announcement.

Except Warner Bros. have had that domain under the hat for a long time now. They last put a flag in it on November 27th last year. There's no reason for it to be news today.

Similarly, ShazamMovie.com was originally registered in 2000; AquamanMovie.com was also purchased that very year; and WonderWomanTheMovie.com came to Warner Bros.' control in 1999. That's in the last millennium.

So what have we learned from the recent repostings? That a lot of folk will repeat the same rumour around and around the internet without checking its validity. Even the lesson is a played-out rerun.

And, sort of, maybe, we also learned that if you squint, it looks just a little like Warner Bros. fancy Wonder Woman's chances just a tiny bit more than they do those of Aquaman and Shazam, if only because they took care to book her a movie-related URL around a year earlier.

That's me stretching. There's nothing here. Move along.