According to the official description for After Earth, the movie takes place one thousand years after cataclysmic events forced humanity's escape from Earth, and Nova Prime has become mankind's new home. After Earth stars Will Smith as legendary General Cypher Raige and his son Jaden Smith as thirteen year old Kitai Raige. During an asteroid storm, Cypher and Kitai's spacecraft is damaged, causing them to crash-land on Earth, which is now a very dangerous place to be. Here are five questions raised by the After Earth trailer. Does Will Smith's character Cypher Raige die? – At the very beginning of the trailer, it certainly looks like Will Smith's character Cypher Raige gets sucked out of the spacecraft. However, we also see Cypher later in the trailer. At one point, he appears to be repairing damage to his leg. In the synopsis for the movie, it is also mentioned that Cypher lies dying in the cockpit, so it looks like he at least survives the initial landing. However, some have speculated that Cypher dies at the beginning in space, and what we see later is a hologram or hallucination. 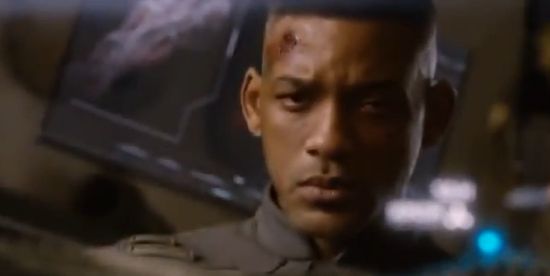 What's up with Will Smith's accent?

– Perhaps, the most unusual thing in the entire After Earth trailer is that Will Smith seems to be sporting an accent. Why the change in the way Will Smith talks? Is his new accent something that plays into the storyline? Or did Will Smith just decide to do something different for this movie? 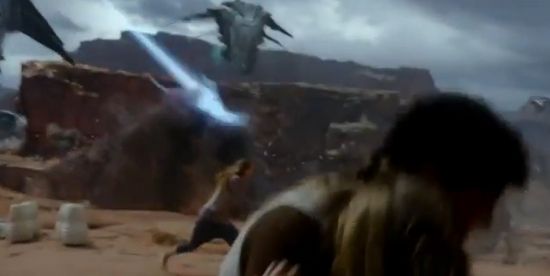 Are there any humans left on Earth?

– In one scene, we see a girl and several other humans running from spacecrafts firing lasers. However, it's not quite clear if this scene actually occurs on Earth after Cypher and Kitai's ship crashes or if it is a flashback to an earlier time. There has been lots of speculation that After Earth could be leading up to an Adam and Eve type plotline, where Kitai meets a girl to help him repopulate the Earth with humans. 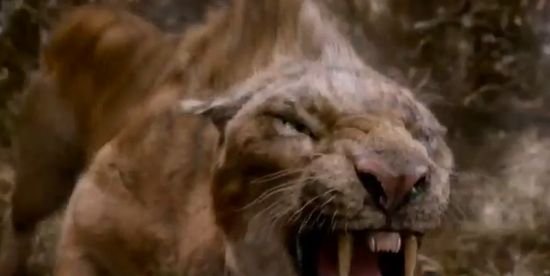 How did everything on the planet evolve to kill humans?

– Ok, maybe we're nitpicking here, but Cypher tells Kitai that everything on the planet Earth has evolved to kill humans. If humans abandoned the Earth a thousand years ago, then why would animals on the planet need to evolve to kill a threat that no longer exists. Or was the cataclysmic event that forced humans to leave in the first place that animals started attacking and killing off all the humans?

What is the creature in the rocks?

Speaking of everything on Earth evolving to kill humans, what is the blackish-grey creature moving among the pointy rocks near the end of the trailer. Most of the animals in the trailer bear a striking resemblance to regular Earth animals, except for the creature in the shadows. Could this be some type of alien creature? Is the scene taking place on Earth or is it also possible a flashback to another place and time? After Earth is scheduled to be released in theaters in the United States on June 7, 2013.