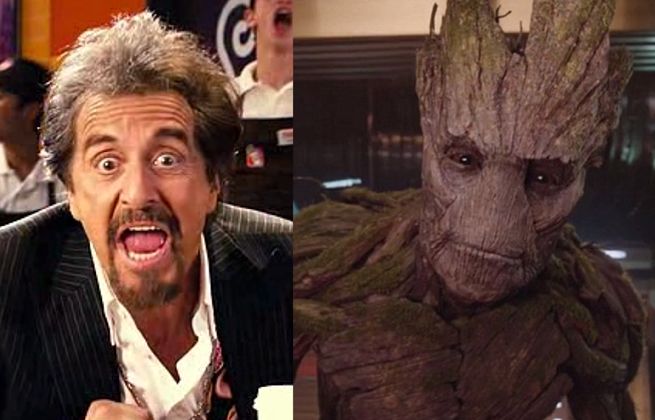 Earlier this week, Robert Downey Jr. weighed in with his thoughts on Guardians of the Galaxy, describing it as the best Marvel movie ever. Now, yet another well-respected actor has given his opinion on the hit film.

Considering that superhero movies don't often get nominated for Oscars, one might expect some of the veteran actors in the business to look down upon the films. That's not the case with Al Pacino however.

At the Venice Film Festival to promote The Humbling and Manglehorn, Pacino had nothing but praise for the latest superhero movie heating up the box office. According to Deadline, die-hard New Yorker Pacino spoke out about anti-Hollywood sentiment, "I don't have much to say about Hollywood because basically a movie is a movie, a film is a film. I don't know it, and I never did know what Hollywood does. Apparently, it's in LA."

Then, Pacino added, "I just saw Guardians Of The Galaxy… It was amazing. I did find it the most entertaining, inventive, beautiful film. So I'm not anti-that at all."

Al Pacino On Guardians Of The Galaxy: “It Was Amazing”