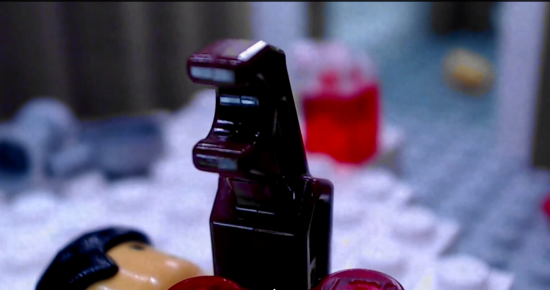 The Bricktease YouTube channel made a shot-by-shot remake of the memorable chestburster scene from the original Alien completely out of Lego. The scene from Ridley Scott's original 1979 sci-fi/horror classic is one of the most iconic in sci-fi film history, where an alien bursts forth from John Hurt's chest during mealtime on the spaceship Nostromo. The video uses red Lego pegs to recreate the blood splatter from the film and Lego minifigures for the actors. In Alien, the commercial vessel Nostromo receives a distress call from an unexplored planet. After searching for survivors, the crew heads home only to realize that a deadly bioform has joined them.