As Ultron would say, "I'm gonna show you something beautiful!"

Marvel Studios' conceptual artist, Phil Saunders (Iron Man 3, The Avengers), has uploaded four more of his designs of the villainous robot (head design by Ryan Meinerding) -- with brief descriptions -- that were not used in the film.

Below, check out the concept art and captions. 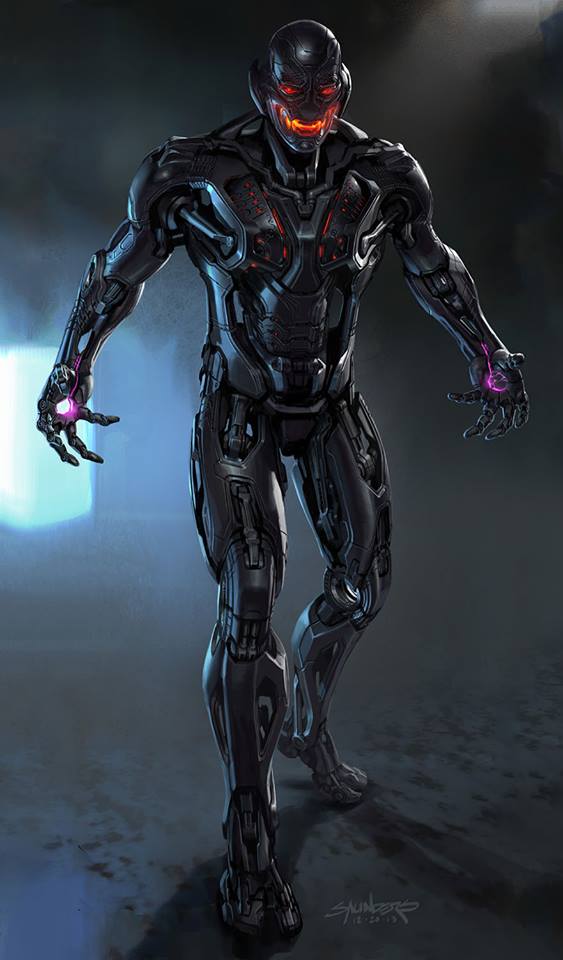 "One of the final round of designs before the direction was changed and we went back to the drawing board."

"Part of the third round of designs, after we were directed to make the design more clearly mechanical. A little too Terminator for my taste."

"A design based around Ryan Meinerding's more art deco version. Really loved the differential joint he used for the shoulders." 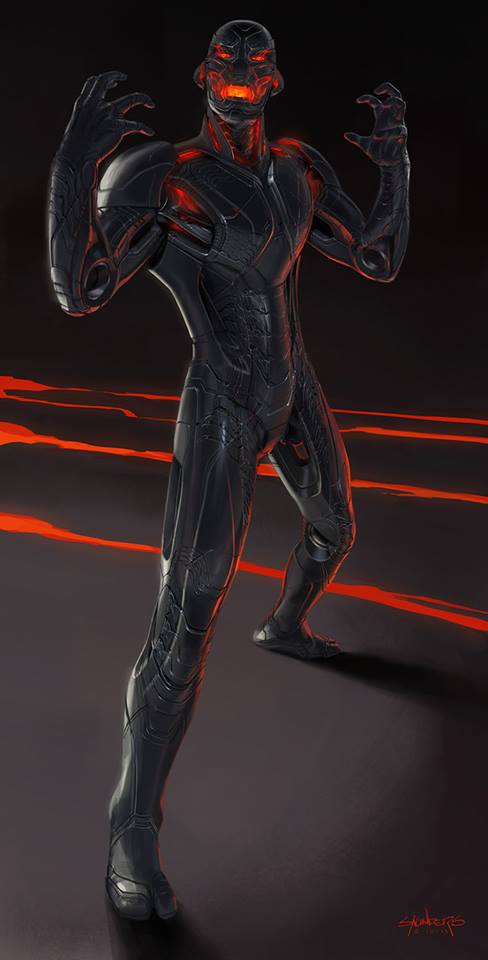 "Another version of the more organic design. Still my favorite of the versions I produced. But I'm a sucker for speed forms!"