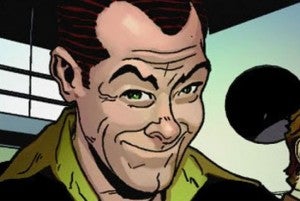 Last week, the word from the Hollywood Reporter was that Amazing Spider-Man 2 director Marc Webb was looking to cast an actor who could play Harry Osborn as a dark and edgy character. Actors Dane Dehan, Alden Ehrenreich and Brady Corbet were reportedly under consideration. This week, the word from the Hollywood Reporter is that Marc Webb has switched direction. Instead of Harry Osborn being a dark and edgy character, he is now going to be athletic and good looking. Four young men are reportedly auditioning for the Harry Osborn role. Those four young men are Sam Claflin from Snow White and the Huntsman, Eddie Redmayne from My Week With Marilyn, Douglas Booth from LOL, and Boyd Holbrook from The Big C. In the original Spider-Man trilogy, James Franco played the Harry Osborn role.