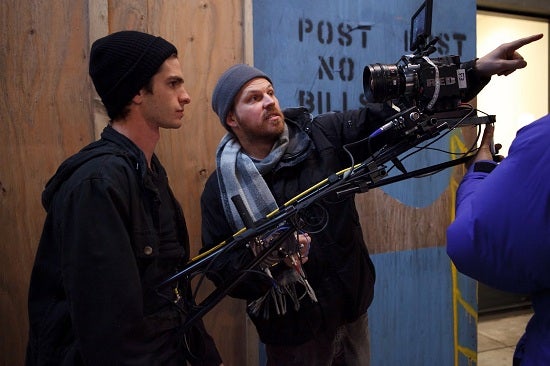 director, Marc Webb, will be giving the keynote address at the SXSW film festival on March 8. Webb's address is listed on SXSW's recently released schedule of events. Here's the description:

Webb most recently directed the smash hit The Amazing Spider-Man starring Andrew Garfield, Emma Stone, and Sally Field, which grossed over $750 million worldwide. Upcoming, he helmed the latest chapter in the Spider-Man legacy The Amazing Spider-Man 2, out May 2. Webb made his feature film debut with the acclaimed (500) Days of Summer, starring Joseph Gordon-Levitt and Zooey Deschanel. The film was nominated for two Golden Globe® Awards, including Best Picture, and The National Board of Review honored Webb with their Spotlight Award, which recognizes outstanding directorial debuts. Webb began his career as a music video director. He has been honored with several MTV Video Music Awards, including the Best Director Award for Green Day's "21 Guns," Best Rock Video in 2006 for AFI's "Miss Murder" and Best Group Video for The All-American Rejects' "Move Along." The Music Video Production Association also honored him as Director of the Year for his work with Weezer, AAR and My Chemical Romance

Nothing suggesting any particularly topic the director will be addressing. SXSW will take place March 7-16 in Austin, TX. The Amazing Spider-Man 2 come to theaters May 2, 2014.