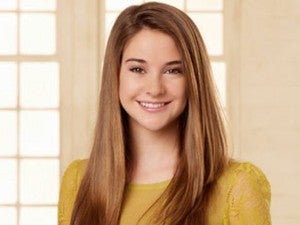 Earlier today, The Descendants actress Shailene Woodley surprised the comics press when it came out that her role as Mary Jane Watson in The Amazing Spider-Man 2 had been cut from the film and that she would appear in the third movie instead. At the time, ComicBook.com chalked the changes up to an alteration in the structure of the series, since what director Marc Webb had previously discussed as a trilogy has now been revealed as planned for at least four installments. But it looks like there's a bit more to it than that; whether is started with Woodley or with the script, it seems as though one way or another fans probably will never see her version of MJ came to life on the screen. The Hollywood Reporter claims that "It is likely that Woodley will not return and that the part will be recast." It's not the classic "creative differences, though; The Wrap reports that Woodley's role will likely have to be recast as a result of the actress's busy schedule, including working on the science-fiction film Divergent, based on the young adults' novel by the same name, which project she was promoting in the interview that broke the story earlier today.

Amazing Spider-Man 3 To Feature New Actress as Mary Jane? Sounds Like It