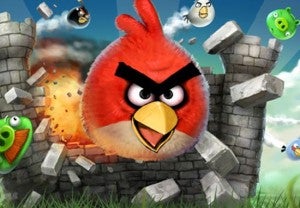 A movie based on the popular mobile game Angry Birds has just been announced. The announcement comes on the third anniversary of the release of Angry Birds. Angry Birds will be a 3D CG-animated feature film and will be released in the summer of 2016. Rovio Entertainment is financing and producing the film. Producer John Cohen, whose credits include Despicable Me, will produce the Angry Birds movie. David Maisel, who comic book fans will recognize as the former Chairman of Marvel Studios and executive producer of Iron Man, will be executive producer of the film. "John's an exceptionally talented producer, and we're delighted to have him join the flock," said Mikael Hed, CEO of Rovio Entertainment. "With John's hands-on producer background and David's expertise in establishing and running his own successful studio, these two are the dream team for making a movie outside the studio system. Both professionals have the ideal skills and vision to achieve incredible things." "I'm so excited and honored to be working on this film with Mikael, David, and Rovio's incredibly talented game developers and artists," said Cohen. "From both an entertainment and strategic perspective, Rovio is at the forefront of game innovation and is trailblazing terrific new ways for Angry Birds fans to interact with these characters. I've personally spent countless hours playing the Angry Birds games over the last few years, which I can now happily justify as research for the movie." "John's experience, expertise, and passion are perfect for the Angry Birds film and I look forward to working with him to create the best movie experience for all the fans," said David Maisel.