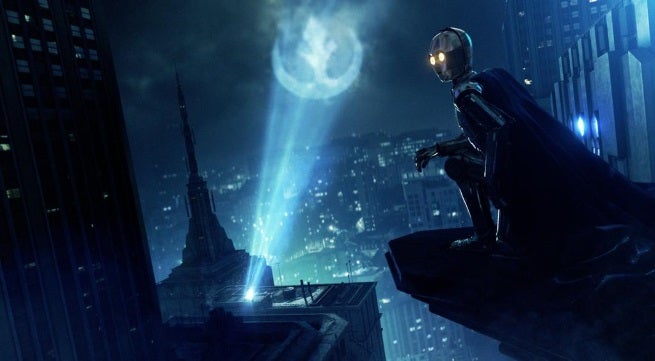 This image, titled "THE C3PED CRUSADER," features the high strung protocol droid of the Star Wars films, C-3PO, dressed up as Batman and seeming to respond to a bat signal that has had the Batman logo replaced with the emblem of the Rebel Alliance.

This is the fourth in a series of such mashup images, beginning with Henry Cavill dressed up as a Kryptonian Jedi, followed by John Boyega dressed as Batman, and Batman hanging out on Tatooine with R2-D2.