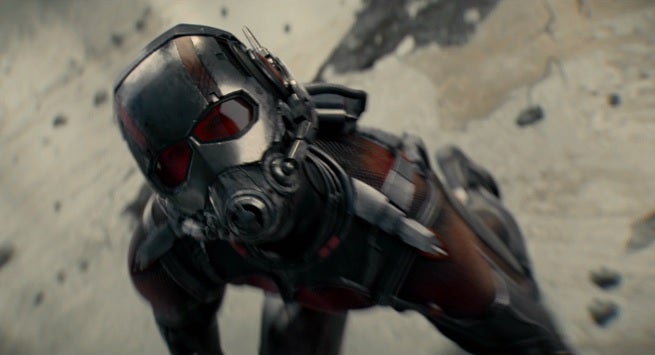 Entertainment Weekly reports that the trailer is being downloaded at a rate that rivals the studio's biggest hits:

According to Marvel, it's more-watched than the trailer for Guardians of the Galaxy, and beats out everything except 2013's Iron Man 3 and the most recent Avengers: Age of Ultron clip.

Response to the trailer has been somewhat more mixed than the unfettered enthusiasm for most of those, but after the success of Guardians it's probably safe to assume that the character's relative obscurity might be driving curiosity and helping the movie's campaign at this early stage, rather than hindering it.