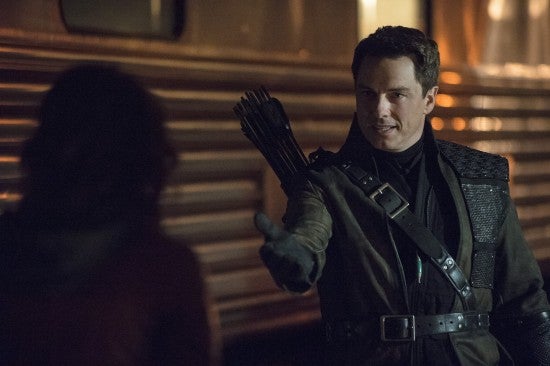 It's just about an hour away from the East Coast debut of "Streets of Fire," the penultimate episode of Arrow's second season, but that doesn't mean you can't have one last sneak peek before it's on. In the video below (via CBM), John Barrowman returns as Malcolm Merlyn, Season One's big bad who is in Starling City to protect his biological daughter, Thea Queen, following the death of her mother at the hands of Deathstroke. Of course, he shows up just in time to join the battle for the city, with Team Arrow squaring off against Deathstroke's Mirakuru Army.