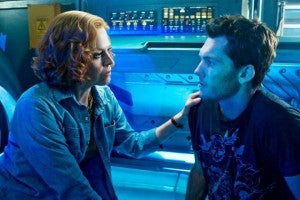 Actress Sigourney Weaver told Showbiz 411 that not only Will James Cameron shoot three sequels to Avatar back to back to back, but that production on the films will start as early as this fall. In the interview (conducted by Roger Friendman, who was famously fired from Fox News' website for writing a review of the unfinished workprint of X-Men Origins: Wolverine before the movie was in theaters), Weaver was nominally on-hand to talk about her new USA Network series Political Animals. The series, which launches July 15 on the cable network, got good marks from Friendman after he saw it at a special screening where he bumped into Weaver. Bleeding Cool earlier reported that she will appear at least in Avatar 2 and Avatar 3, having read scripts for both films already. The fourth, reports of which had just started to circulate, she couldn't speak to. Weaver, of course, has worked with Cameron a number of times over the years, most notably in 1986's Aliens, which he wrote and directed.

Avatar Sequels to Film Starting in the Fall