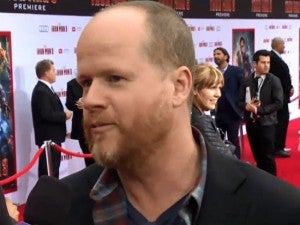 While it has been widely expected that some new Marvel characters will be included in the Avengers 2, director Joss Whedon gave the first official confirmation during the Iron Man 3 premiere. In a red carpet interview with Yahoo News, Joss Whedon talked about the process and evolution of writing The Avengers 2 script. Joss Whedon explained, " You do come to a point where we all agree, 'Ok, I've got these two characters, you know, two of my favorite characters from the comic book, a brother/sister act. They're in the movie, that's exciting.' You lock certain things in." Now, when you think of a brother/sister act in The Avengers, then the obvious characters that spring to mind are Quicksilver and Scarlet Witch. Marvel Studios President of Production Kevin Feige has previously revealed that with those characters either 20th Century Fox or Disney could use them in a movie. Of course, it's odd that Joss Whedon might drop so obvious a hint, so maybe he has a trick up his sleeve and it's now who we think. He never says for sure that the two characters will be Avengers, so they could always be villains.