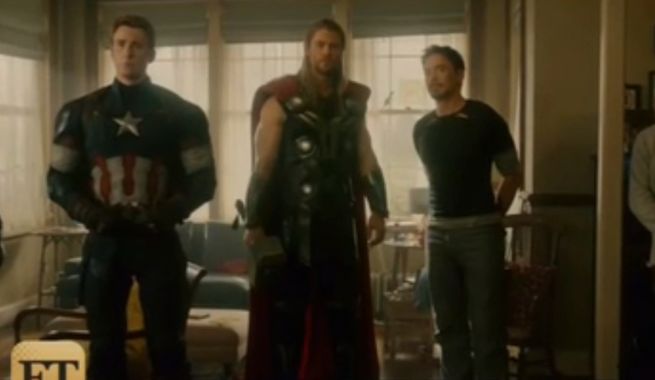 On Tuesday, Entertainment Tonight aired some footage from Avengers: Age of Ultron, as well as some interviews conducted during a set visit. Most of the footage was stuff that has been seen in previous trailers, but there were some snippets of new footage. For example, there is some new footage of Quicksilver punching Captain America and Scarlet Witch using her powers to control Black Widow.

"The big thing was putting us all together in the Avengers, and I think that even shocked us," said Robert Downey Jr. "Because it wound up doing so well and got such a good response that is was kind of like we all went, 'now what.'"

Avengers: Age Of Ultron Footage And Interviews On Entertainment Tonight