An apparent piece of concept art has found its way online that, if legitimate, give fans their closest look yet at The Vision from Avengers: Age of Ultron.

The character, set to be played by Paul Bettany, who has previously voiced J.A.R.V.I.S., Tony Stark's own personal super-SIRI.

"I thoguht, 'Wow! That's hot!' That's what I thought," Bettany told us at Comic Con when asked what his first reaction to the Vision costume was. Weather was very hot during filming, and Bettany has repeatedly joked about how much easier it was to do all of his voice work in a studio.

"Everything's a double-edged sword," he explained. "I used to turn up 45 minutes in a darkened studio and be J.A.R.V.I.S. for 45 minutes and then they'd give me a huge bag of cash and I would go about my way like a burglar. With swag! Like, 'Wow, can this be real?!'

"And now they want me to work for my money, which is great and sweaty and hot, which you'll realize once they unveil everything. It's a very sweaty and hot decision that got made but it's really f---ing cool. It's really cool and it's just been a ball to sort of join this train that is on really clear tracks and really lovely, funny, creative people. It's been a joy."

You can see the full image below, courtesy an Imgur user. 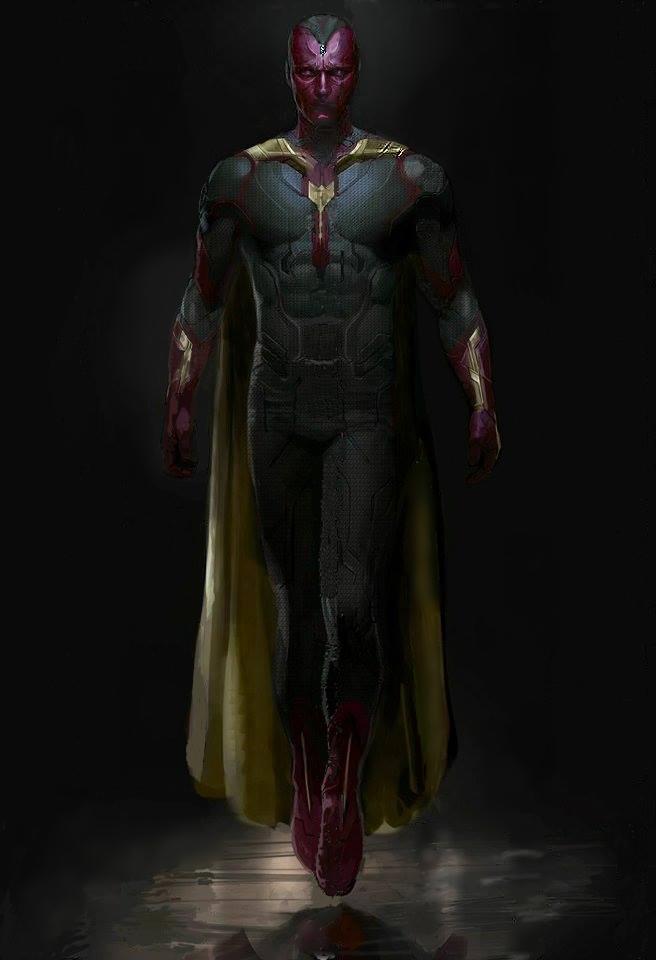 The image hasn't been verified but it does bear quite a bit of resemblance to already-released concept art, and photos recently released on people's private social media accounts purporting to be of an internal Disney poster for Age of Ultron.

The Rock's Enthusiasm Has Kevin Smith Ready For Black Adam

Did DC FanDome Tease a New Crisis on Infinite Earths?